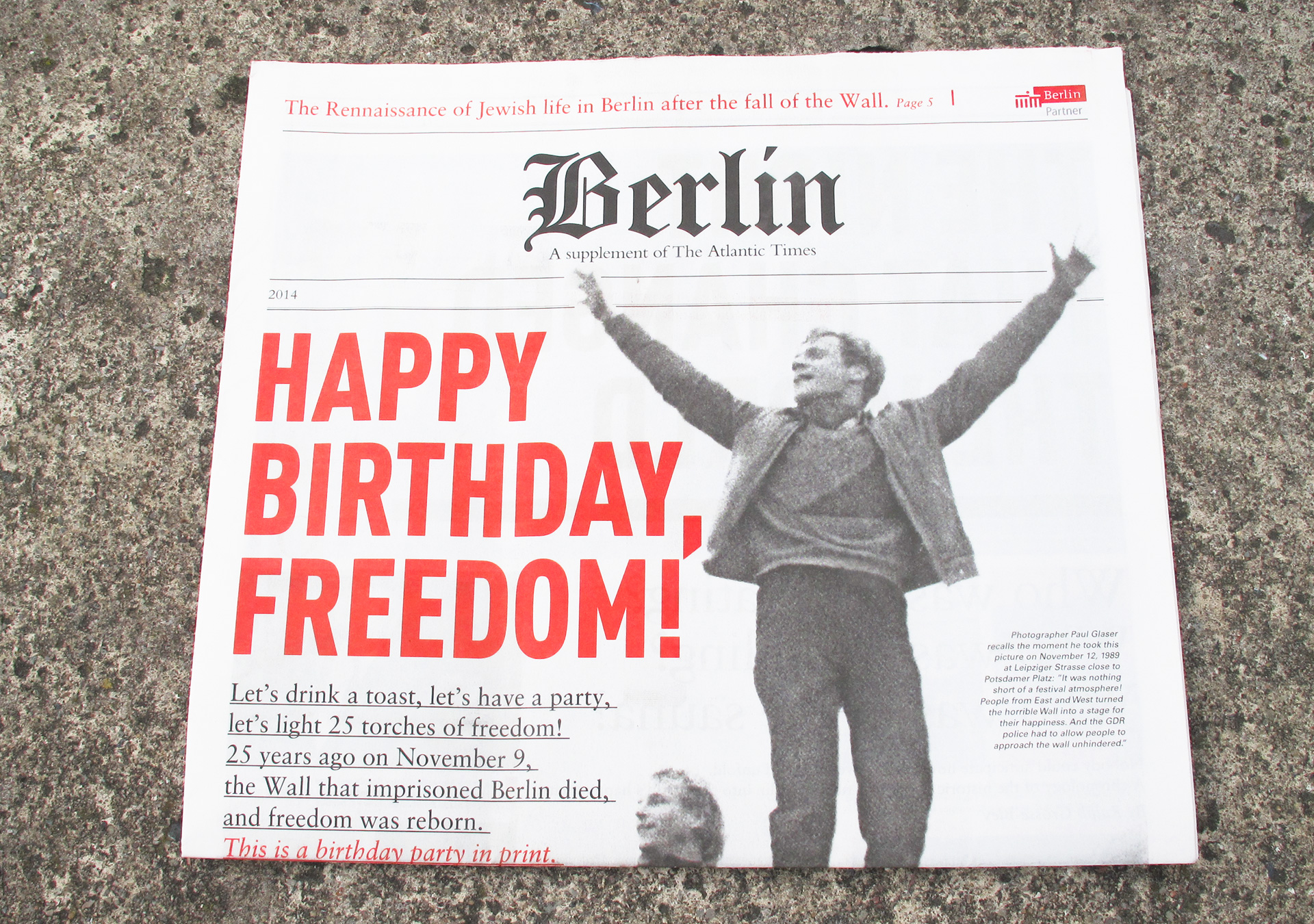 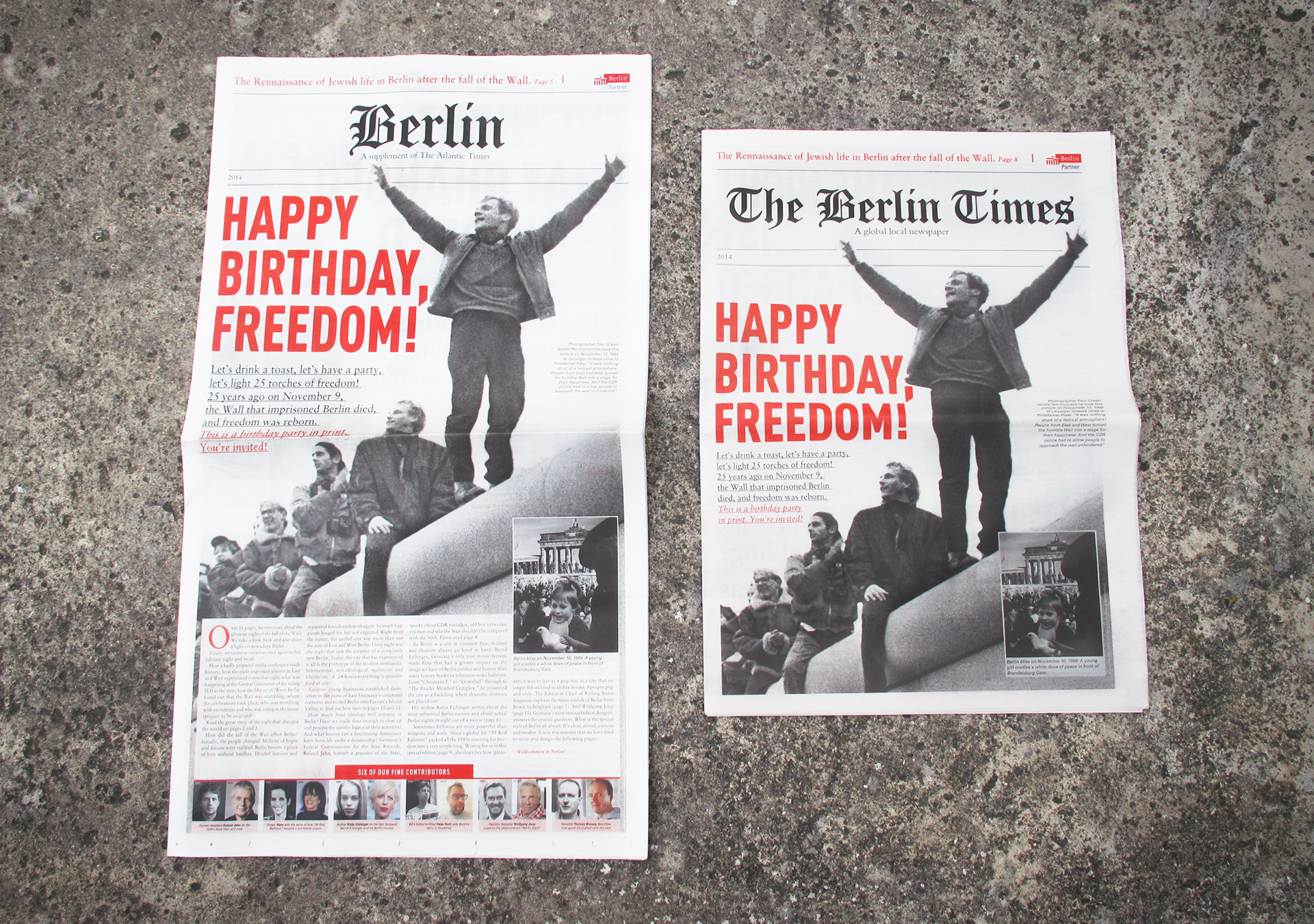 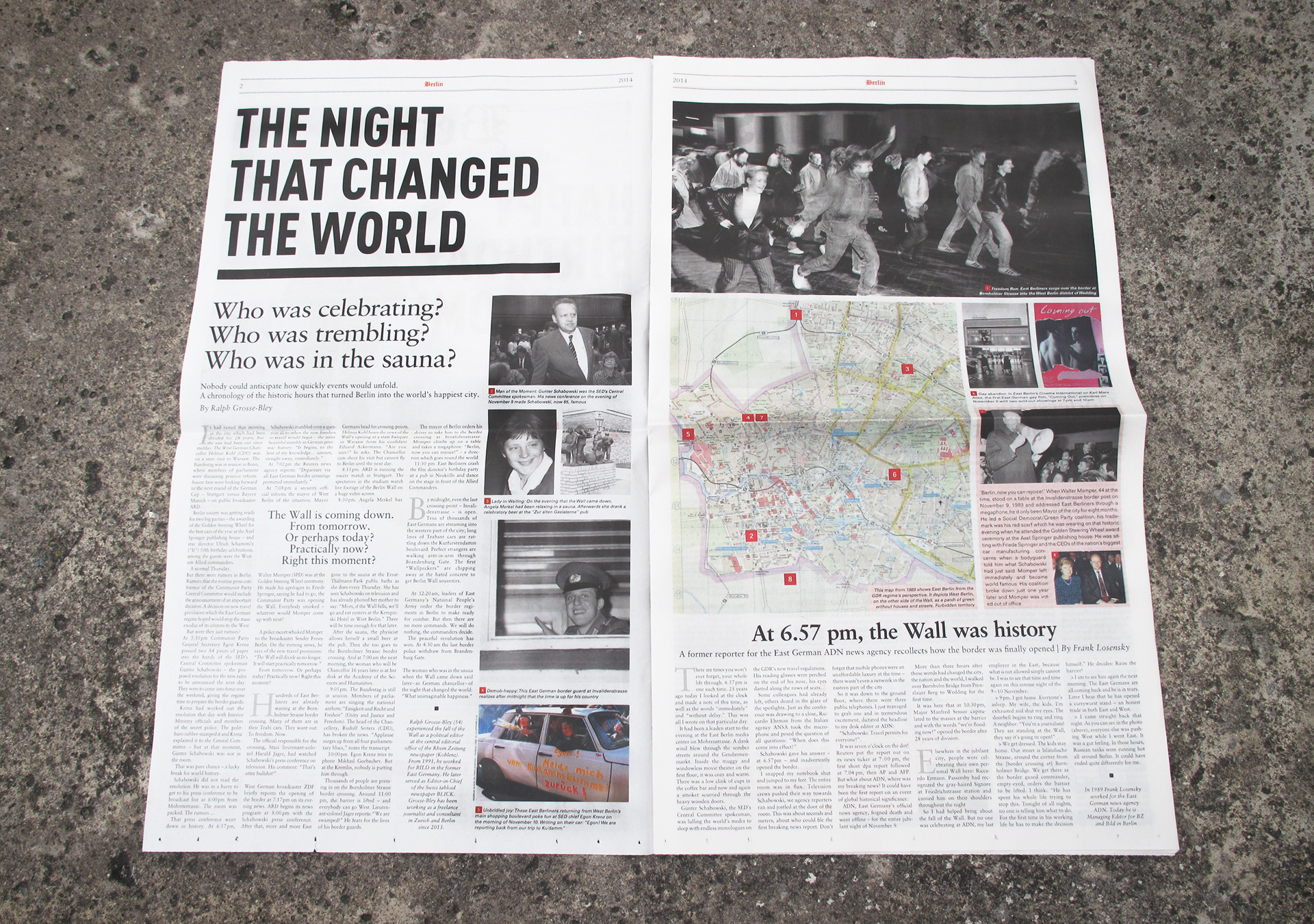 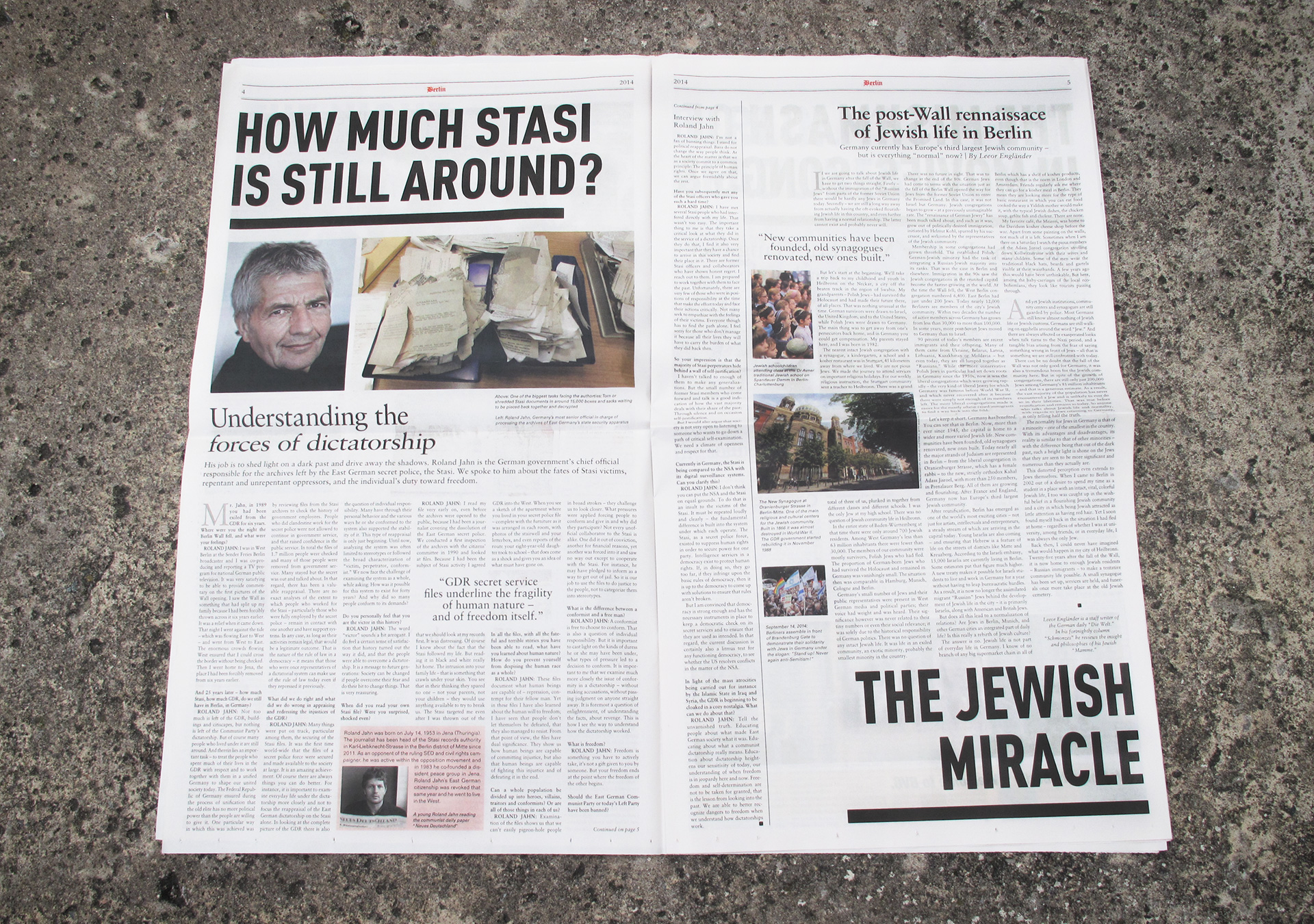 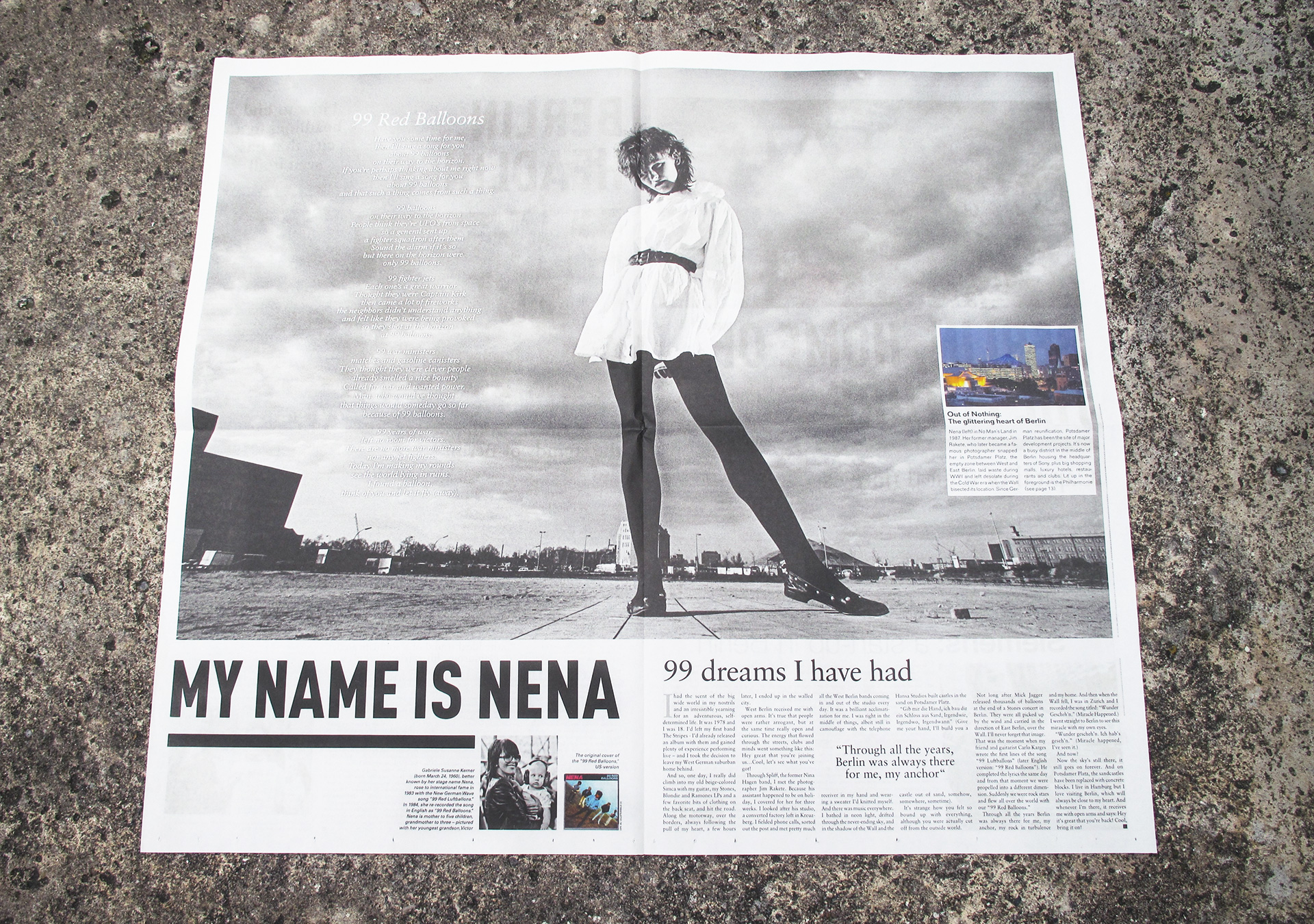 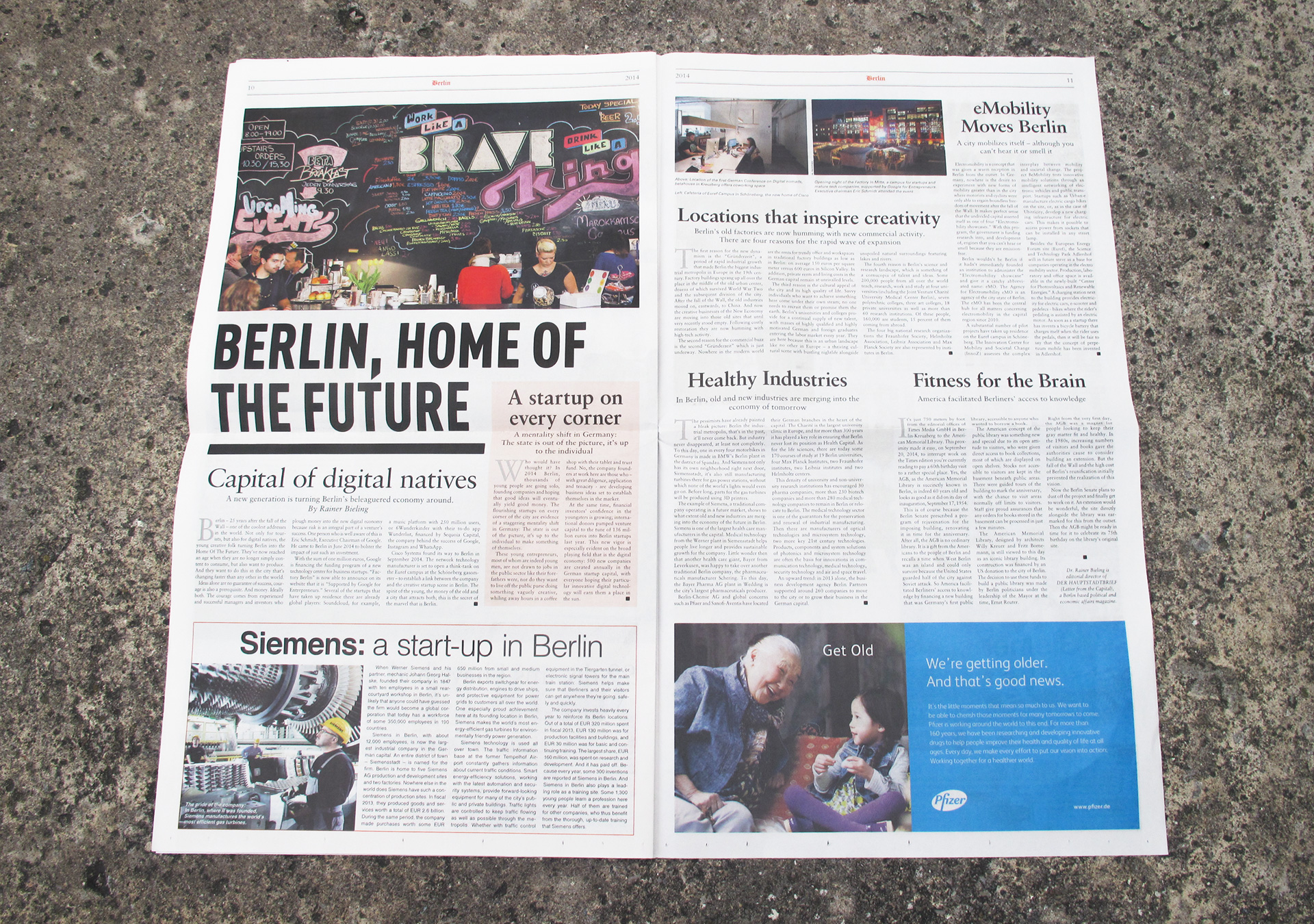 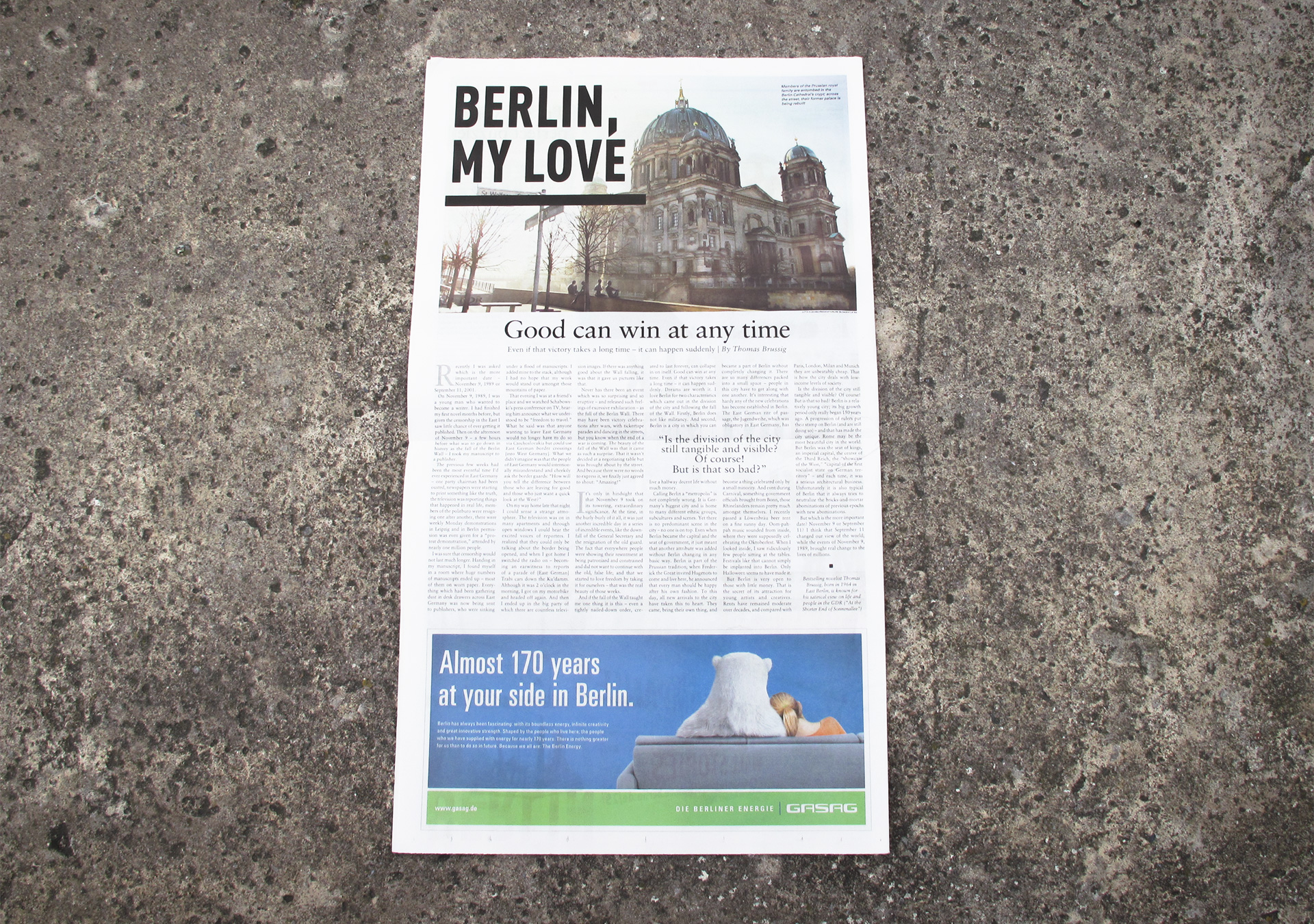 To mark the occasion the 25th anniversary of the fall of the Berlin wall, Atlantic Times published a special edition. The monthly newspaper mainly addresses the readers in the US and is available at authorities, such as embassies and the White House. A small team under the direction of Walter Mayer created the Berlin Special within two weeks. I developed the layout in close collaboration with the freelance designer Johanna Trapp. Apart from high-profile editors, the authors also included well-known people like Roland Jahn, Wolfgang Joop and Katja Eichinger. Many conversions were necessary because texts were delivered at last minute. The number of pages were increased and more ads came in on the final evening.