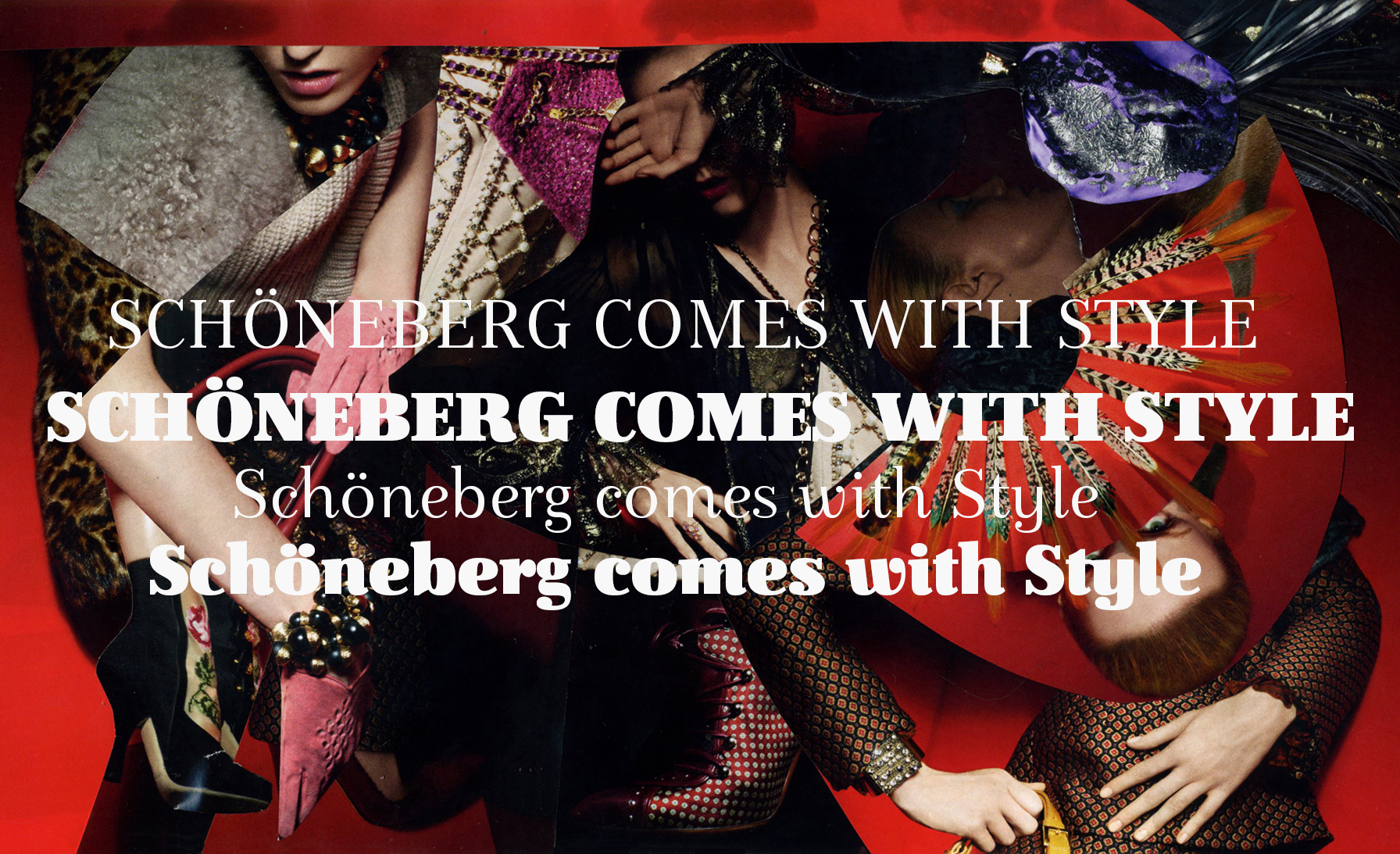 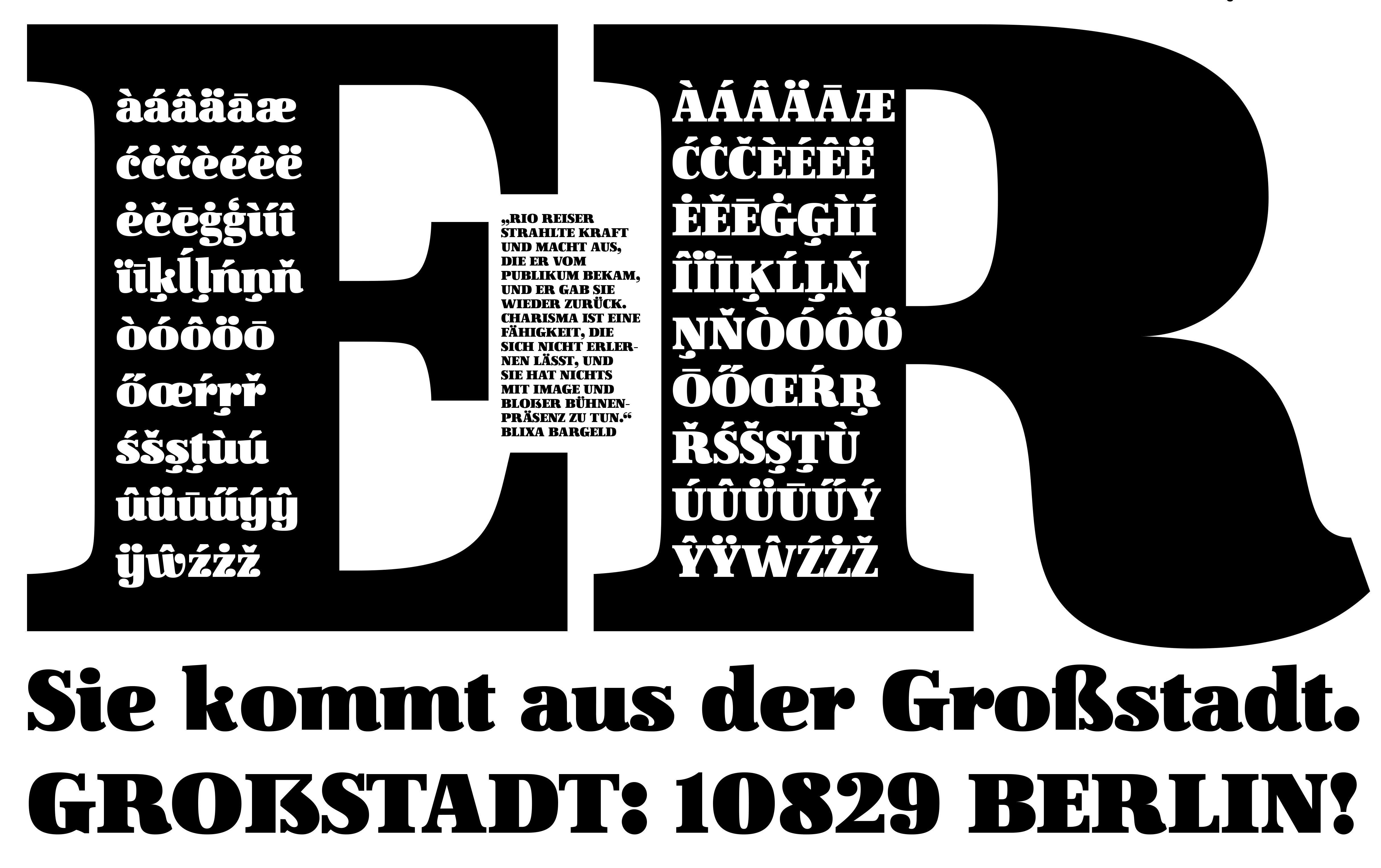 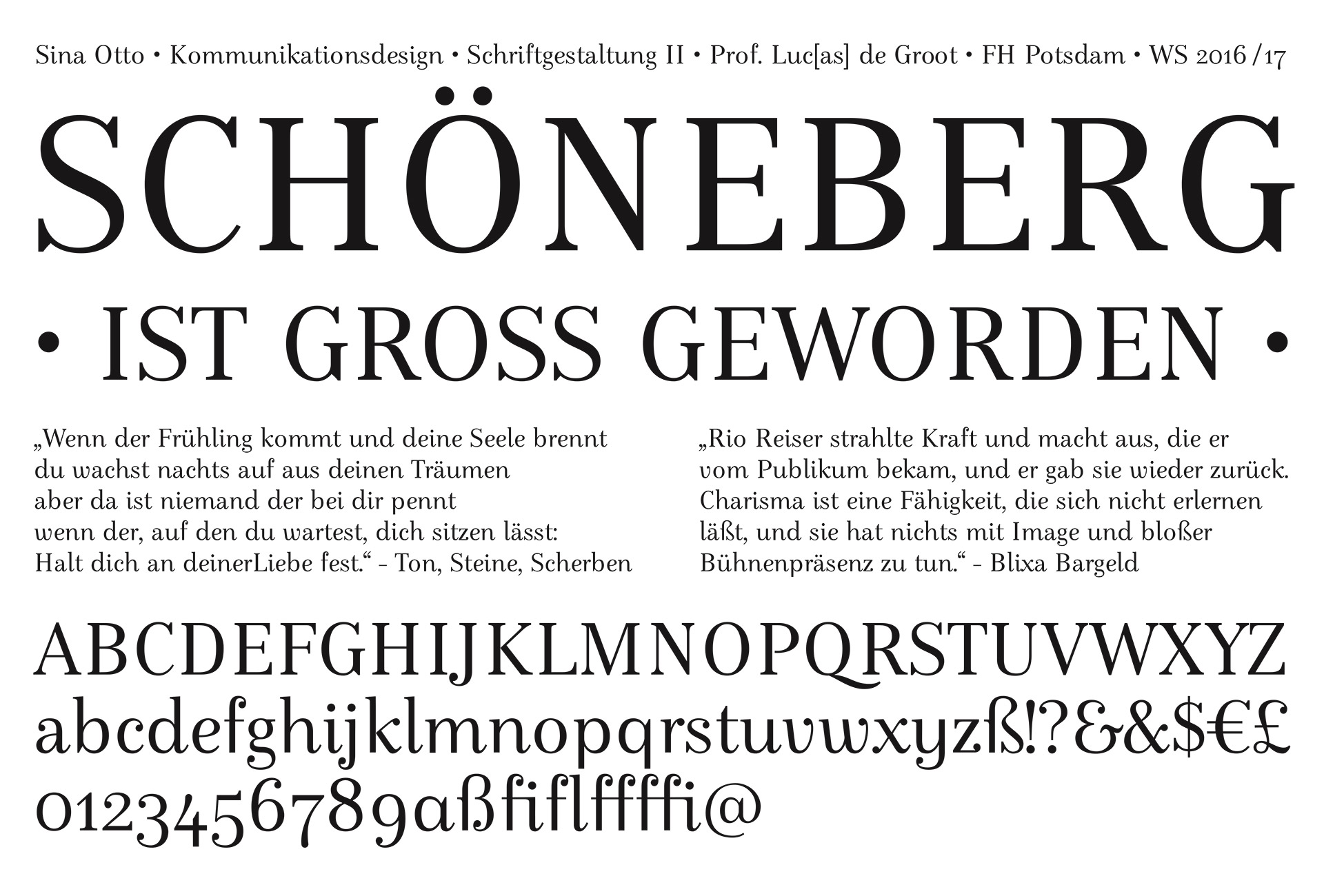 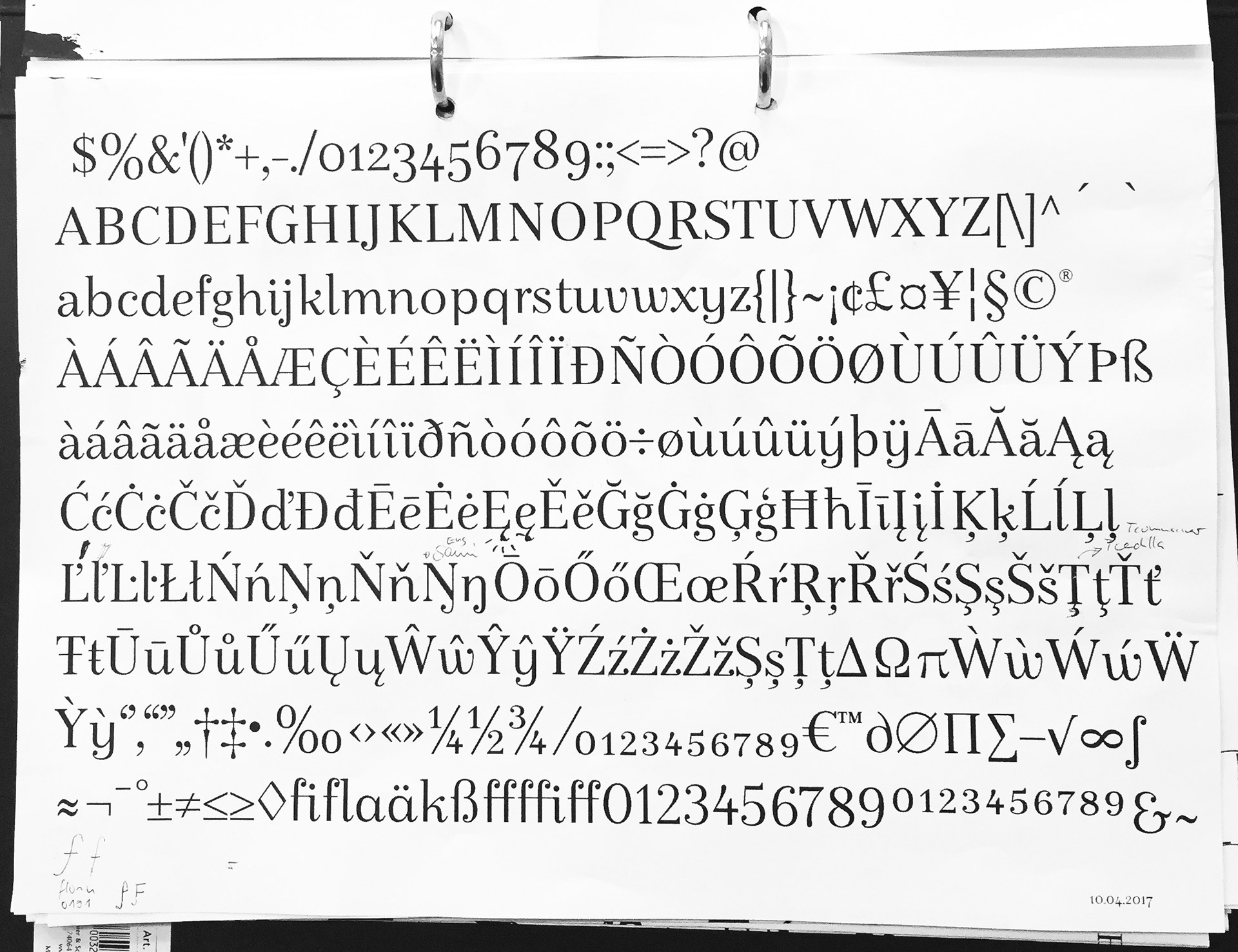 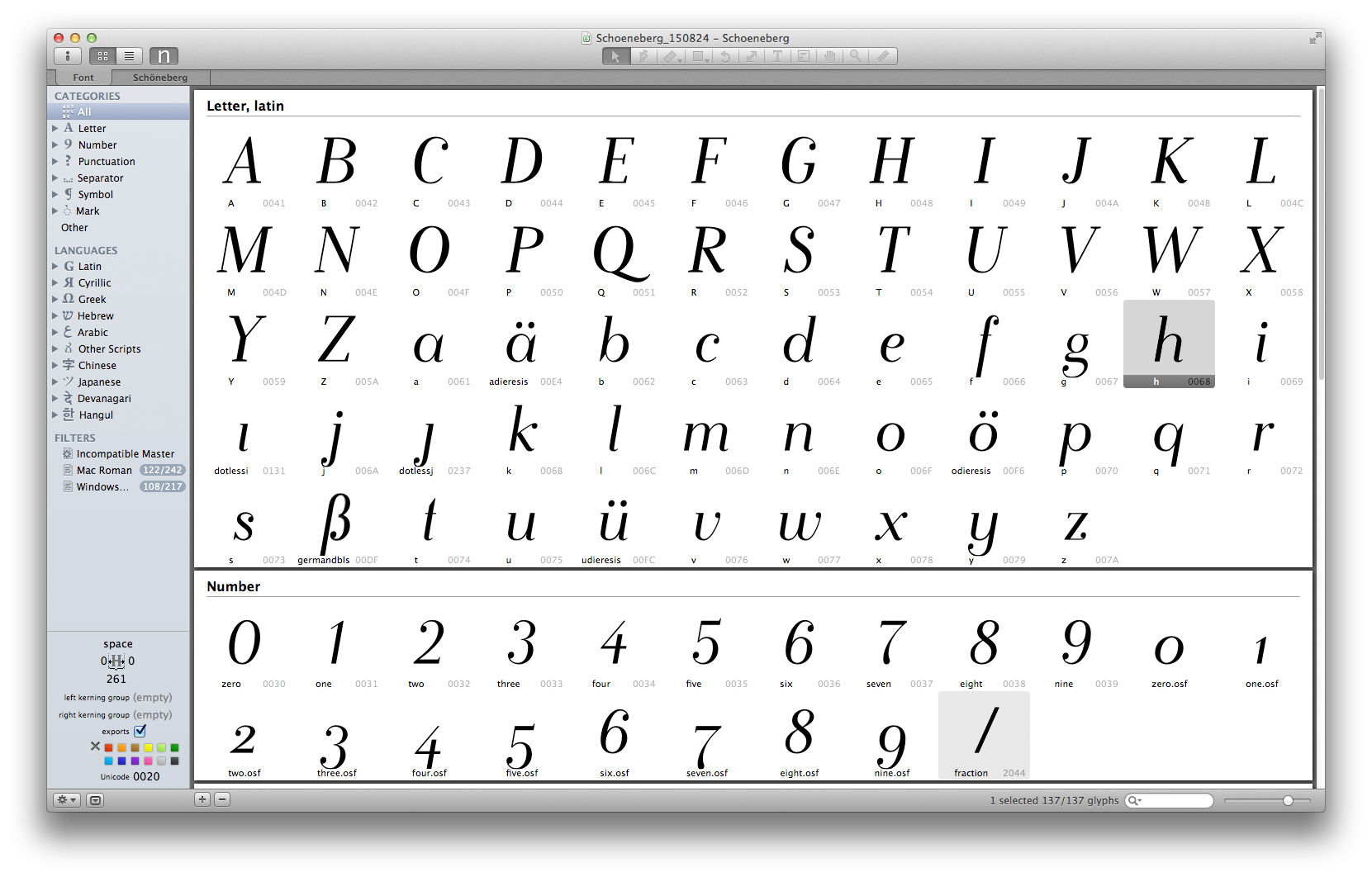 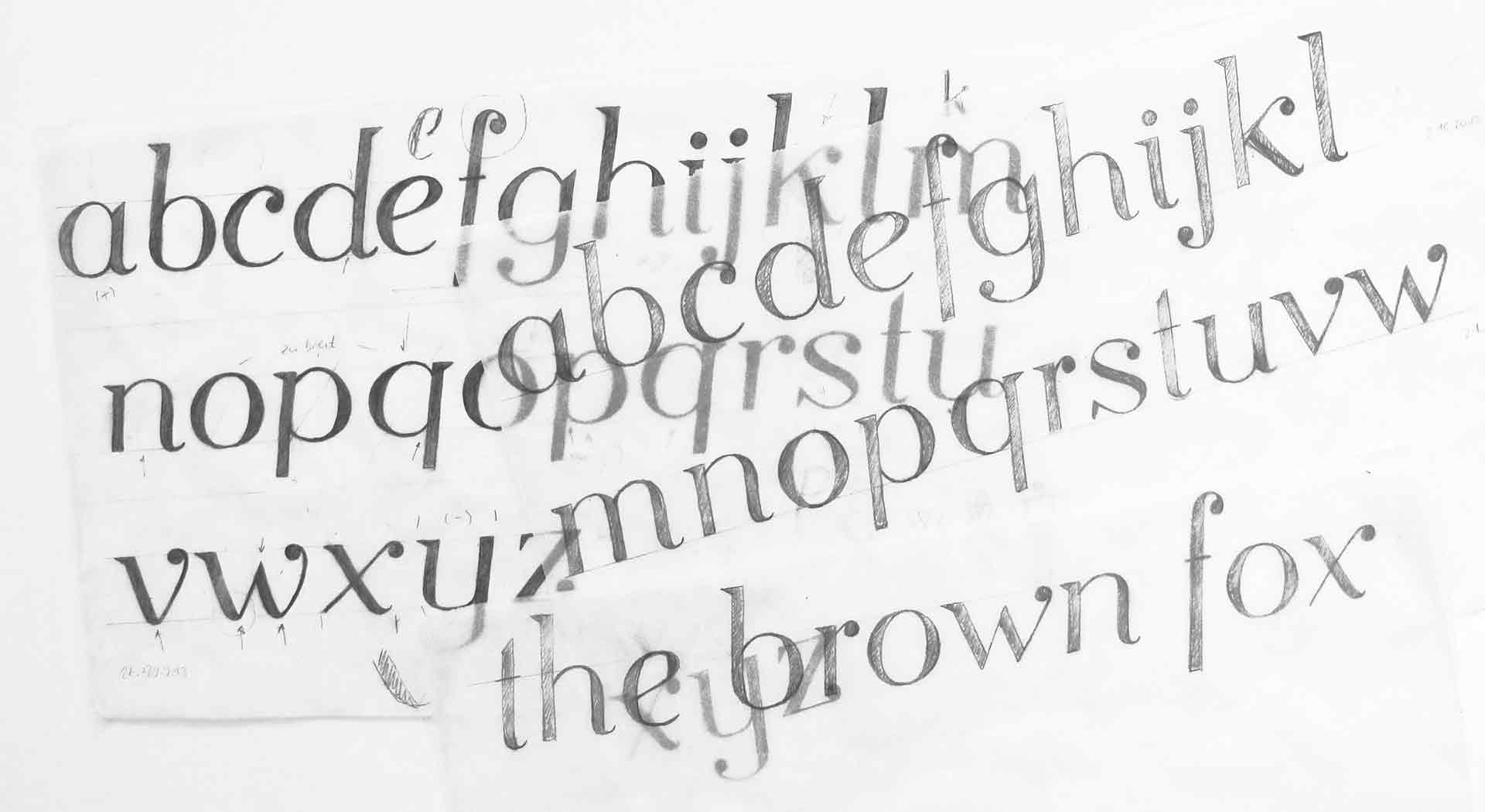 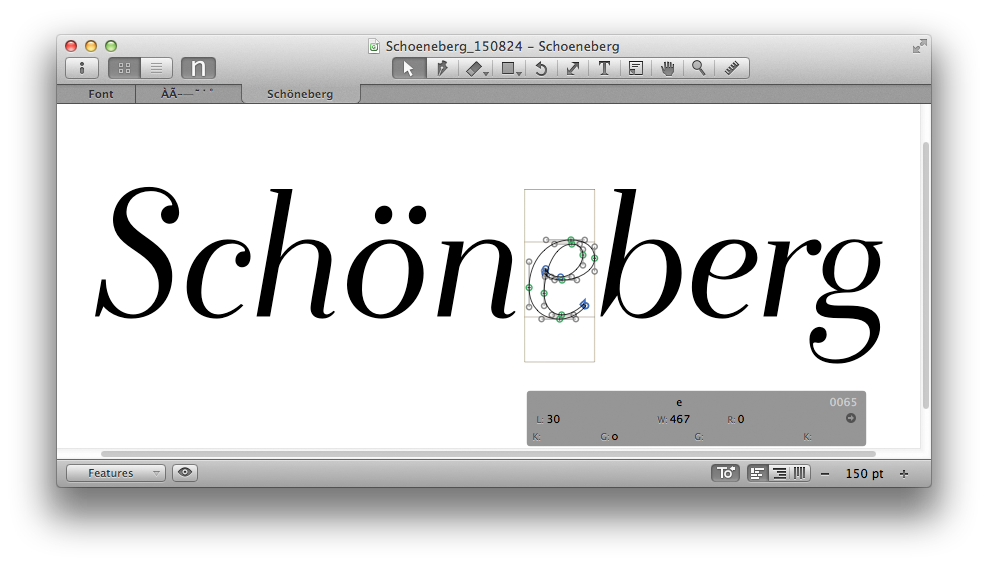 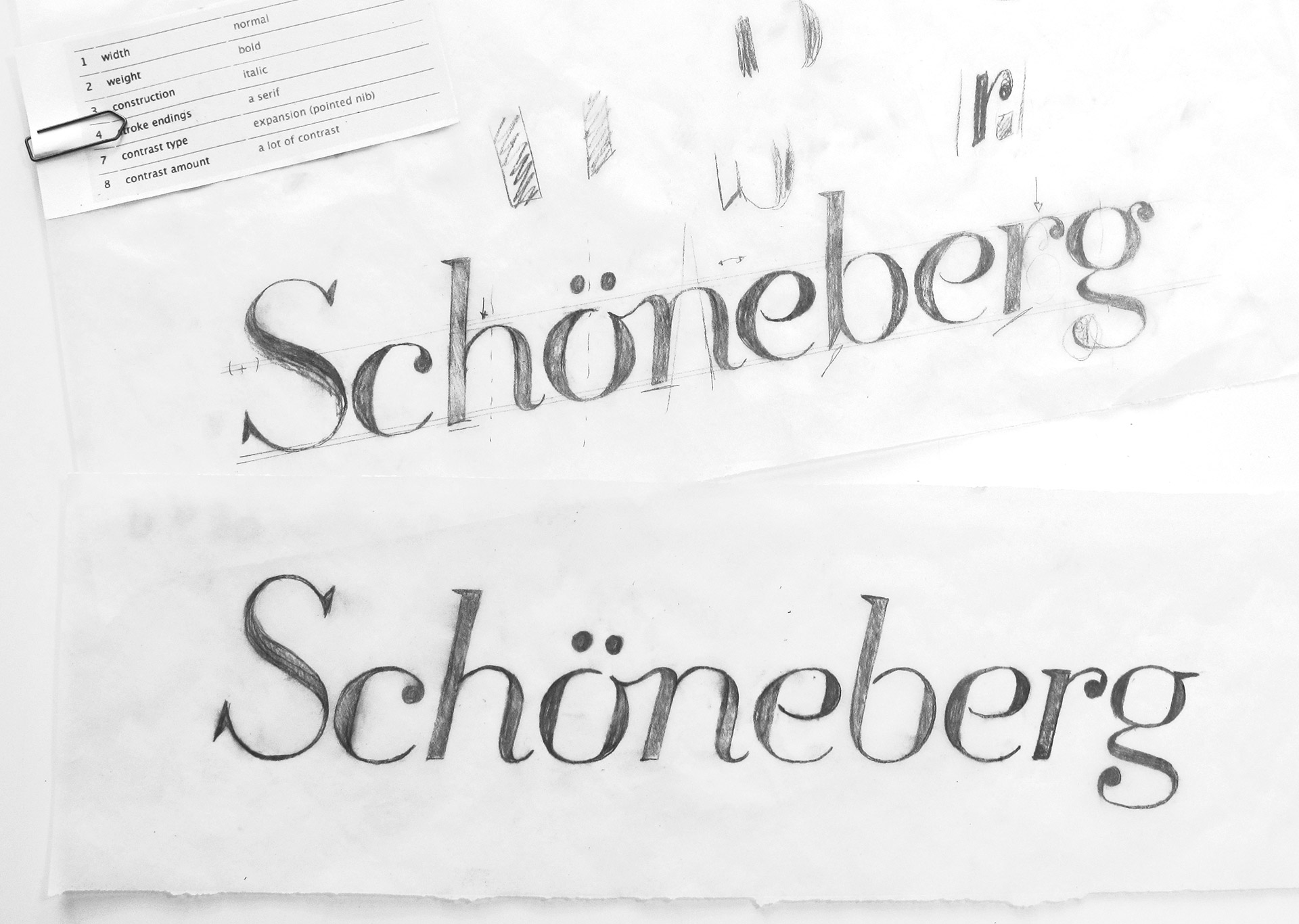 The idea of this type design project – font Schöneberg – was to create upright forms with features of an italic. I found such a style in a font used in the exhibition called “the ecstasy of things” in Milan around 2006. And I couldn’t let go of the idea ever since.

In 2013, I created a typeface design on the basis of different, in TypeCooker generated, factors. The lettering specialist Martina Flor helped me to bring it forward. In the following year, I digitalized the letters by using the font editing program glyphs.

In 2016, I decided to start from the beginning and develop the regular typeface first. I got help from the type master Lucas de Groot who had invited me to visit his class at FH Potsdam. In the advanced course I expanded it to 470 glyphs. I repeated the course to create the heavy version. The bold typeface was interpolated after (see font Anima).
I gained also feedback of experts in the type grid of Typostammtisch.

I called the font Schöneberg, because I live in this part of Berlin. It’s beautiful, a bit edgy at the same time and has real charm.

See here for the further development of the font – now under the name Anima.