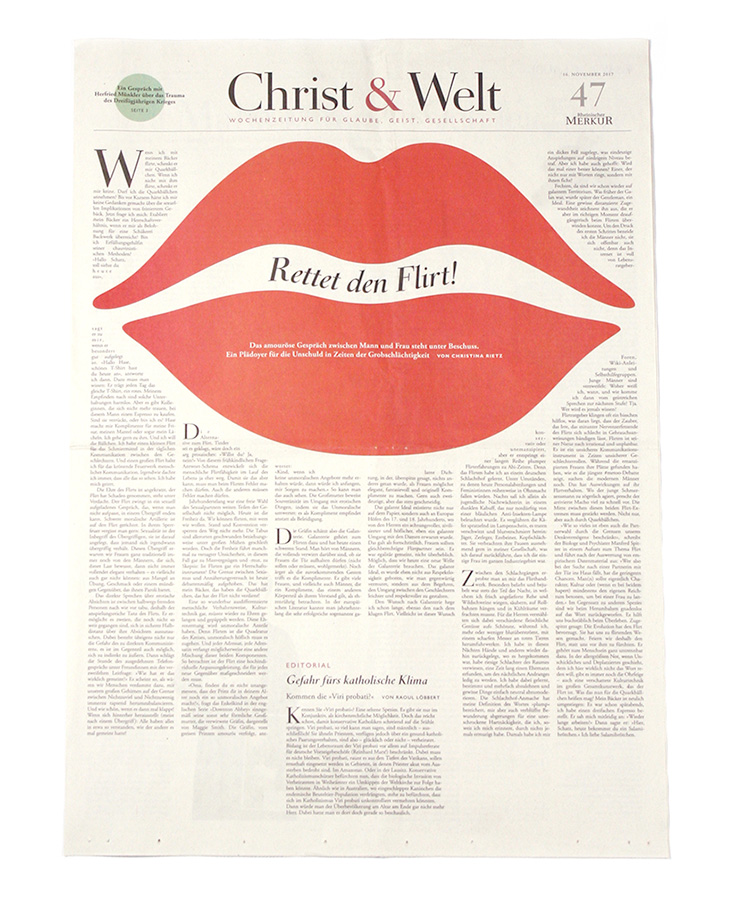 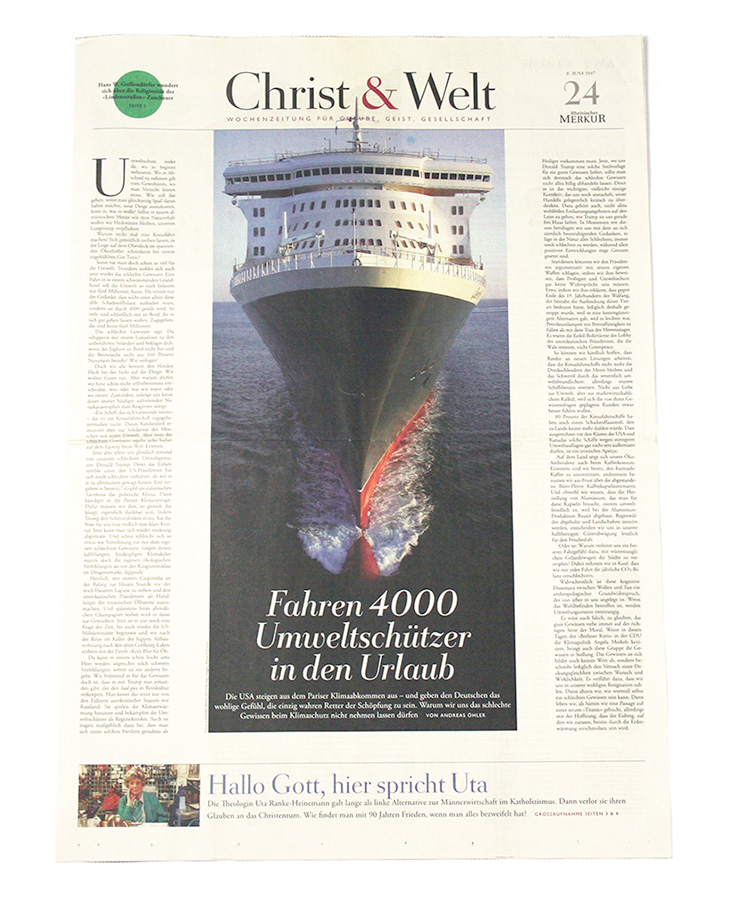 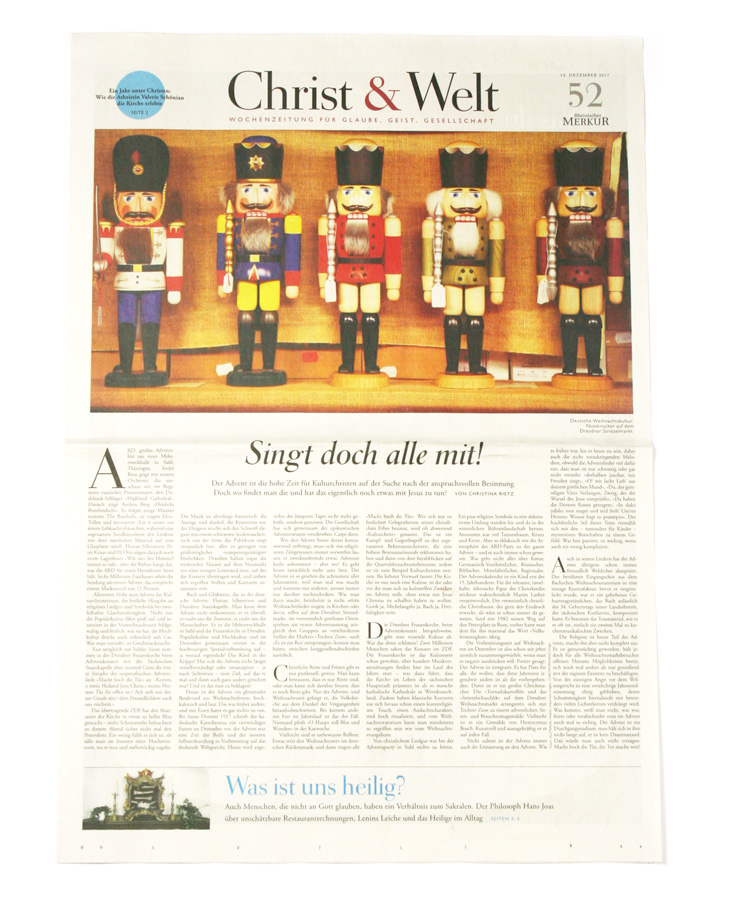 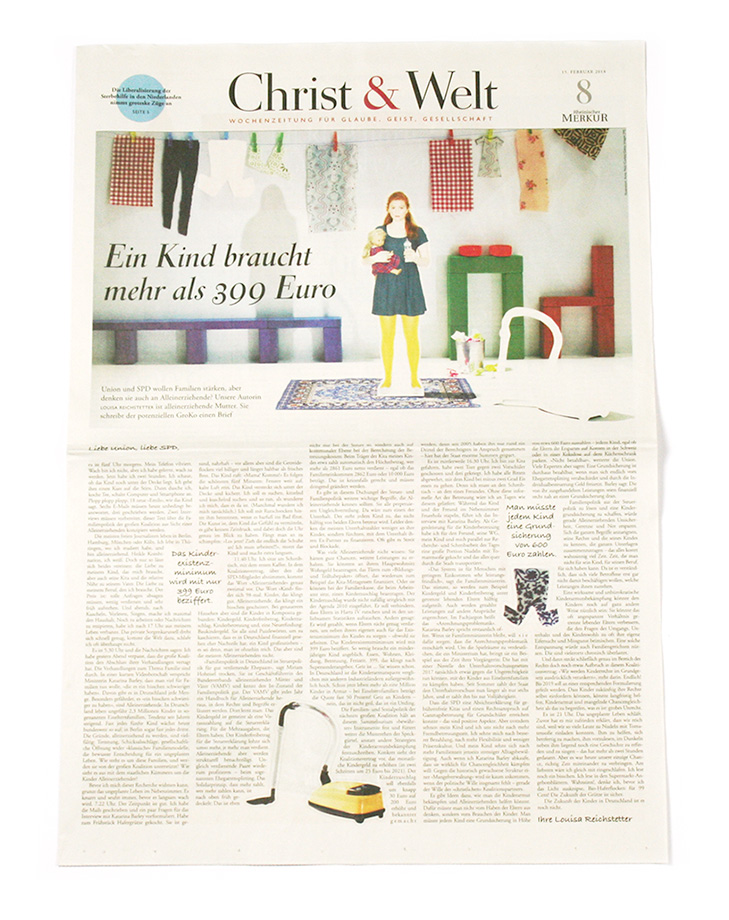 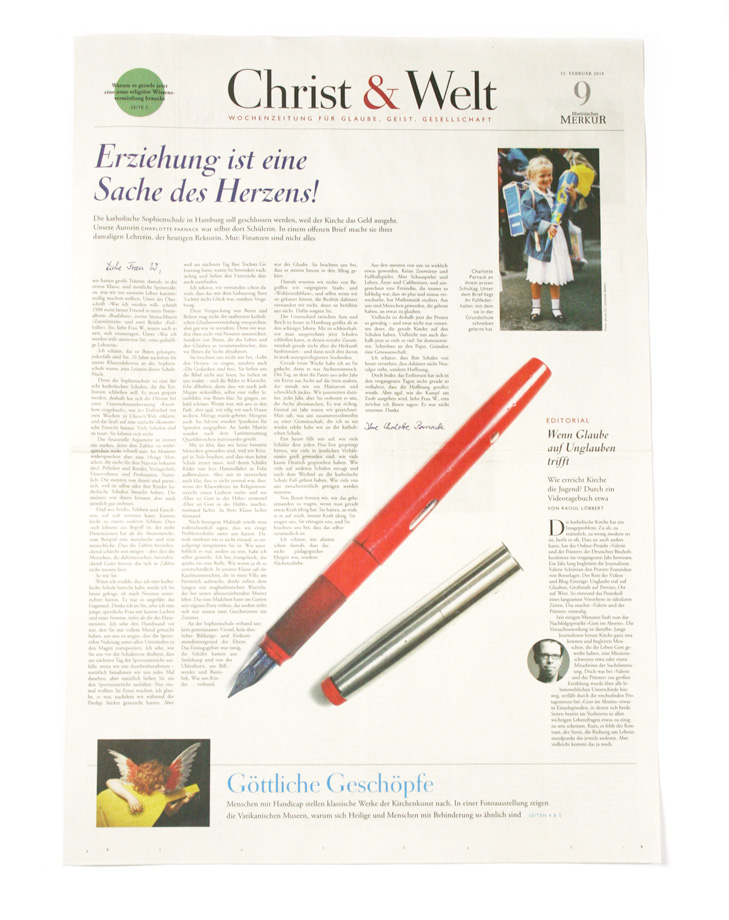 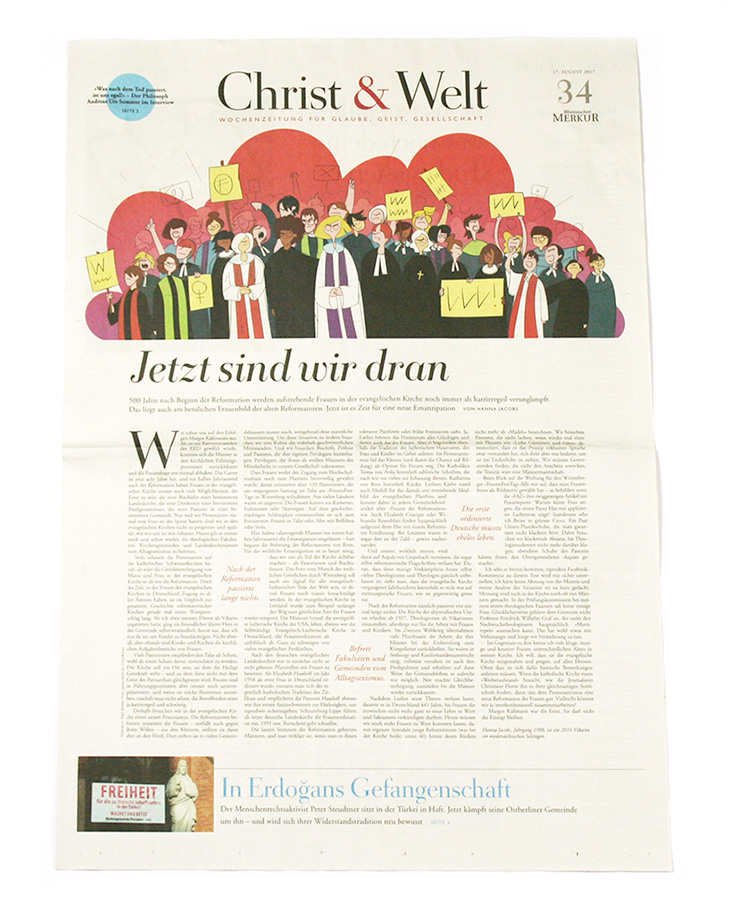 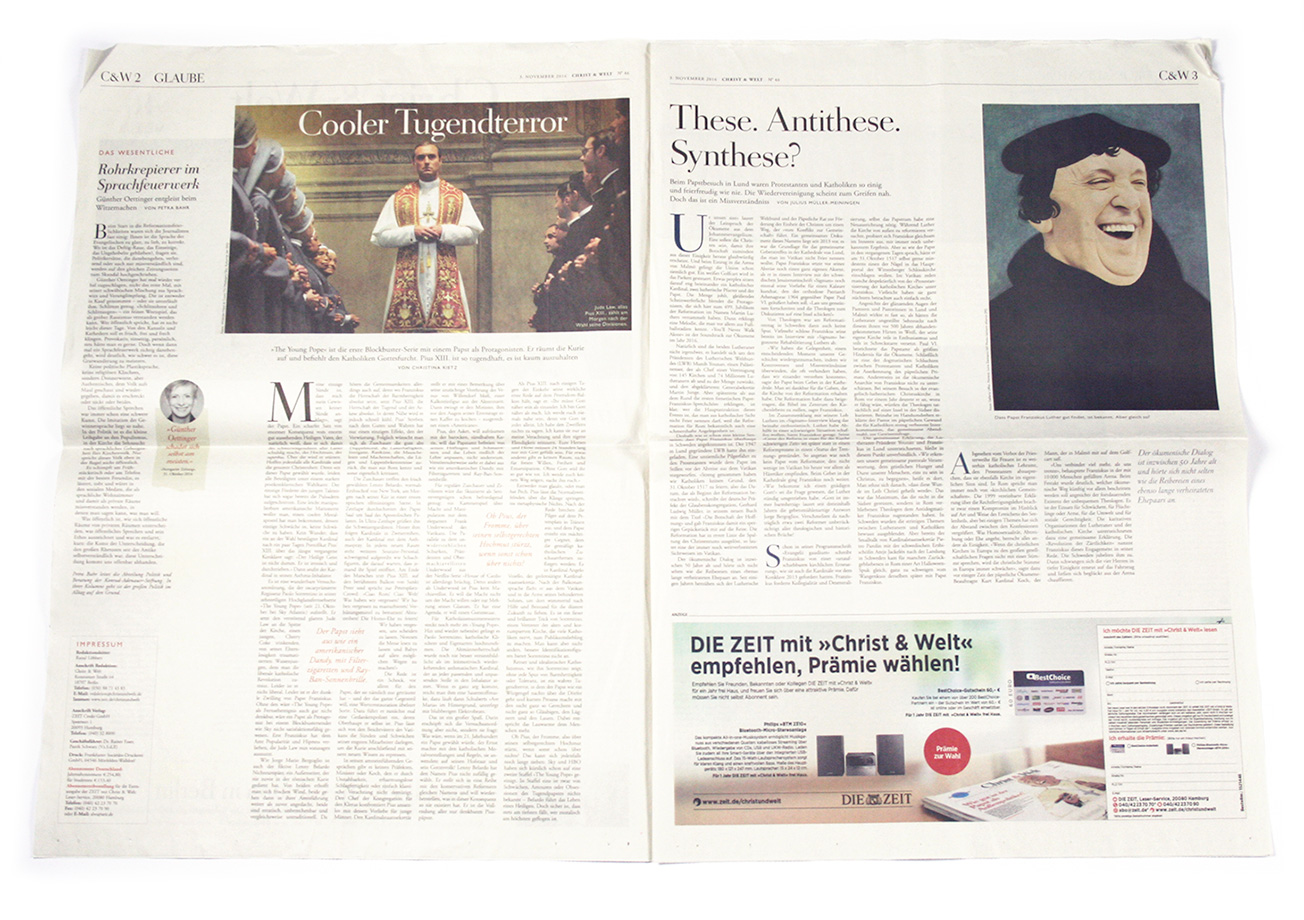 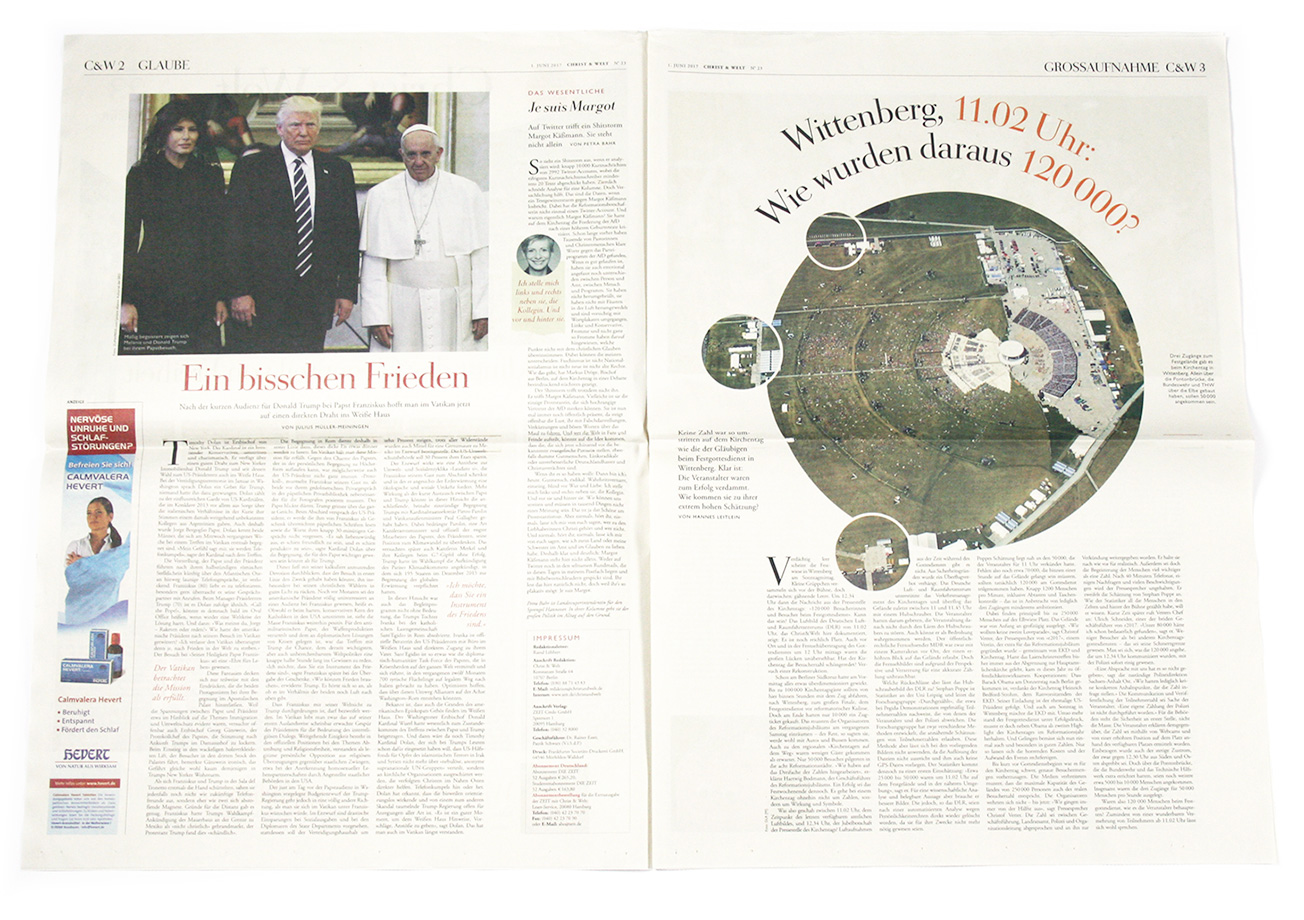 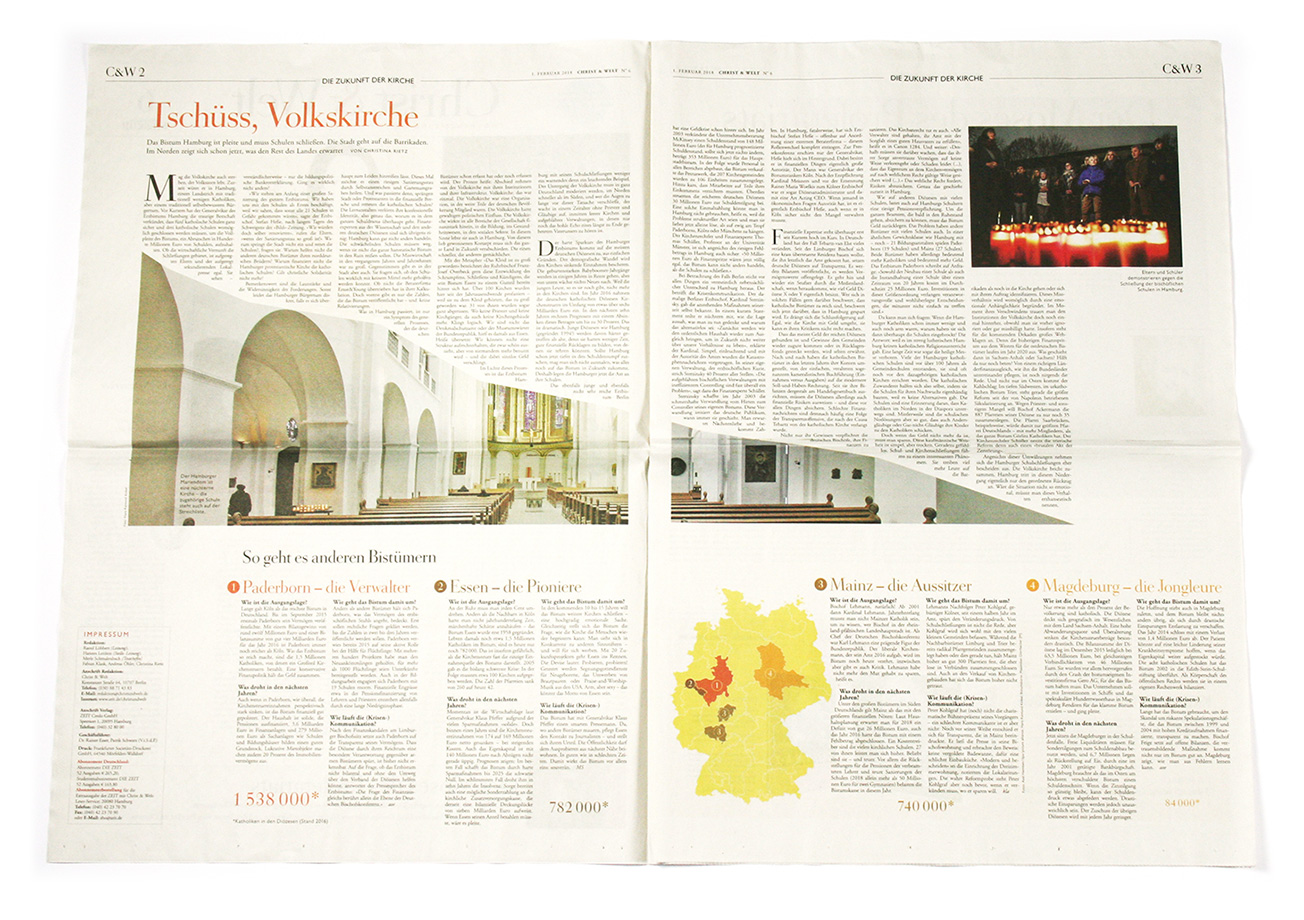 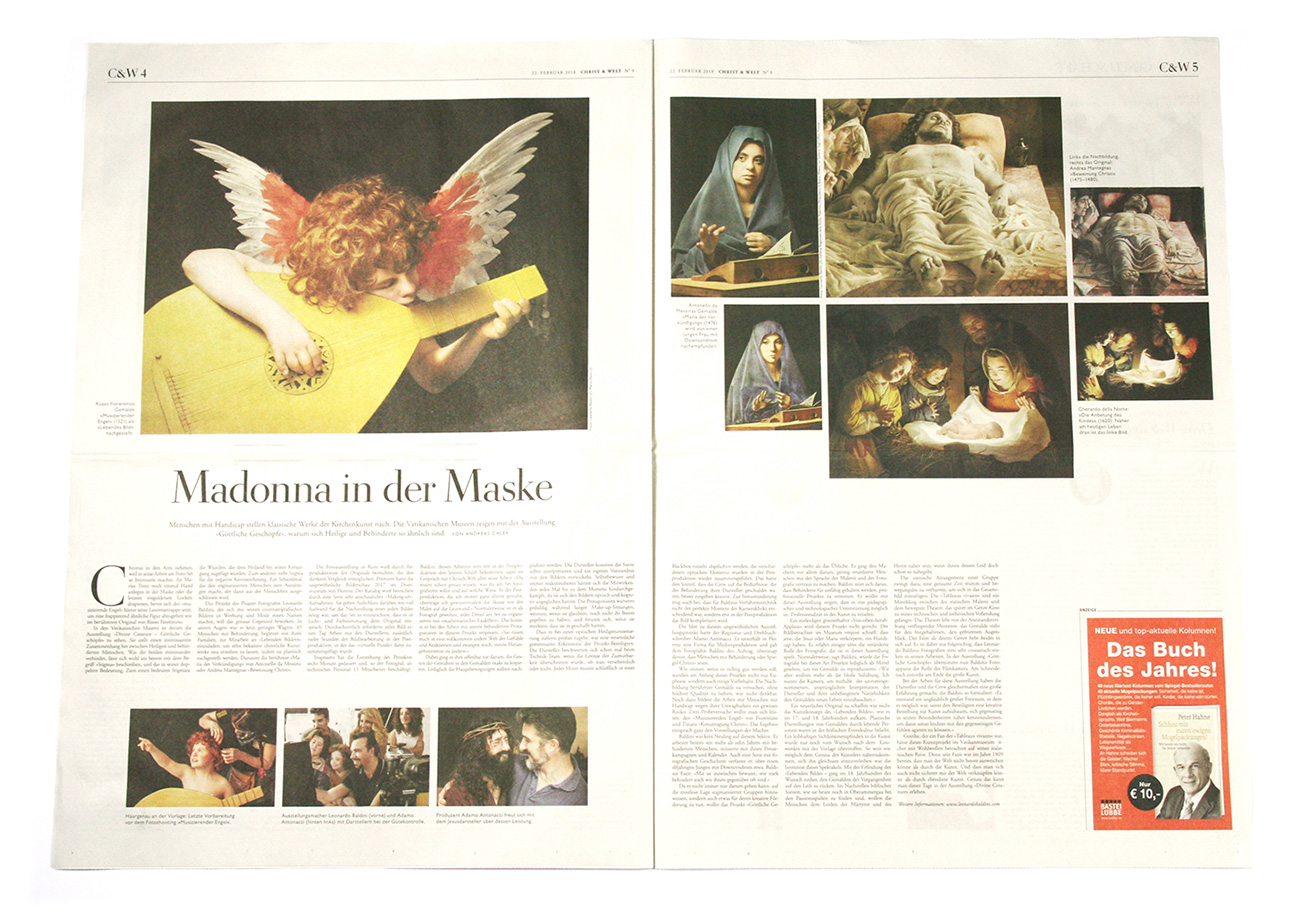 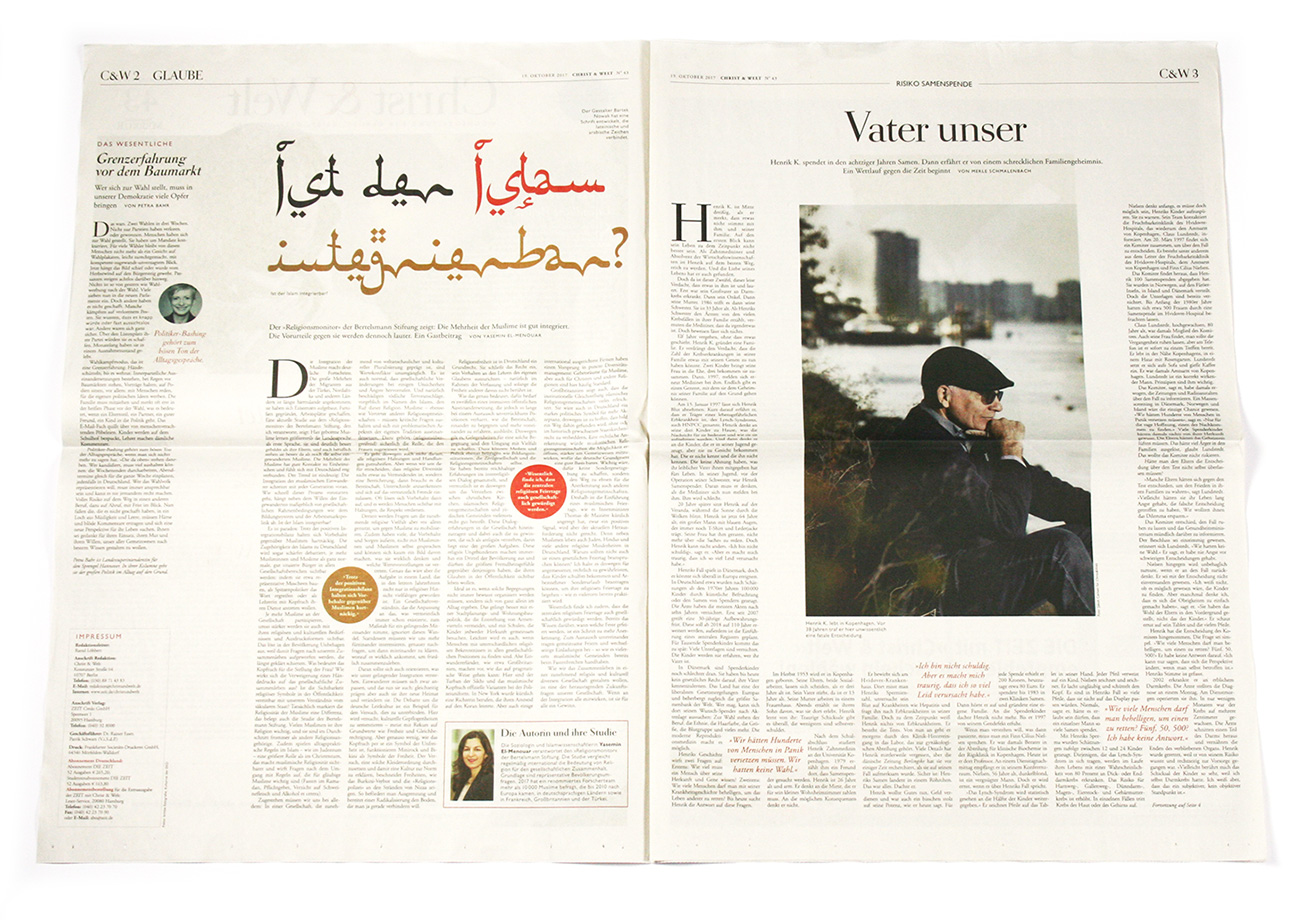 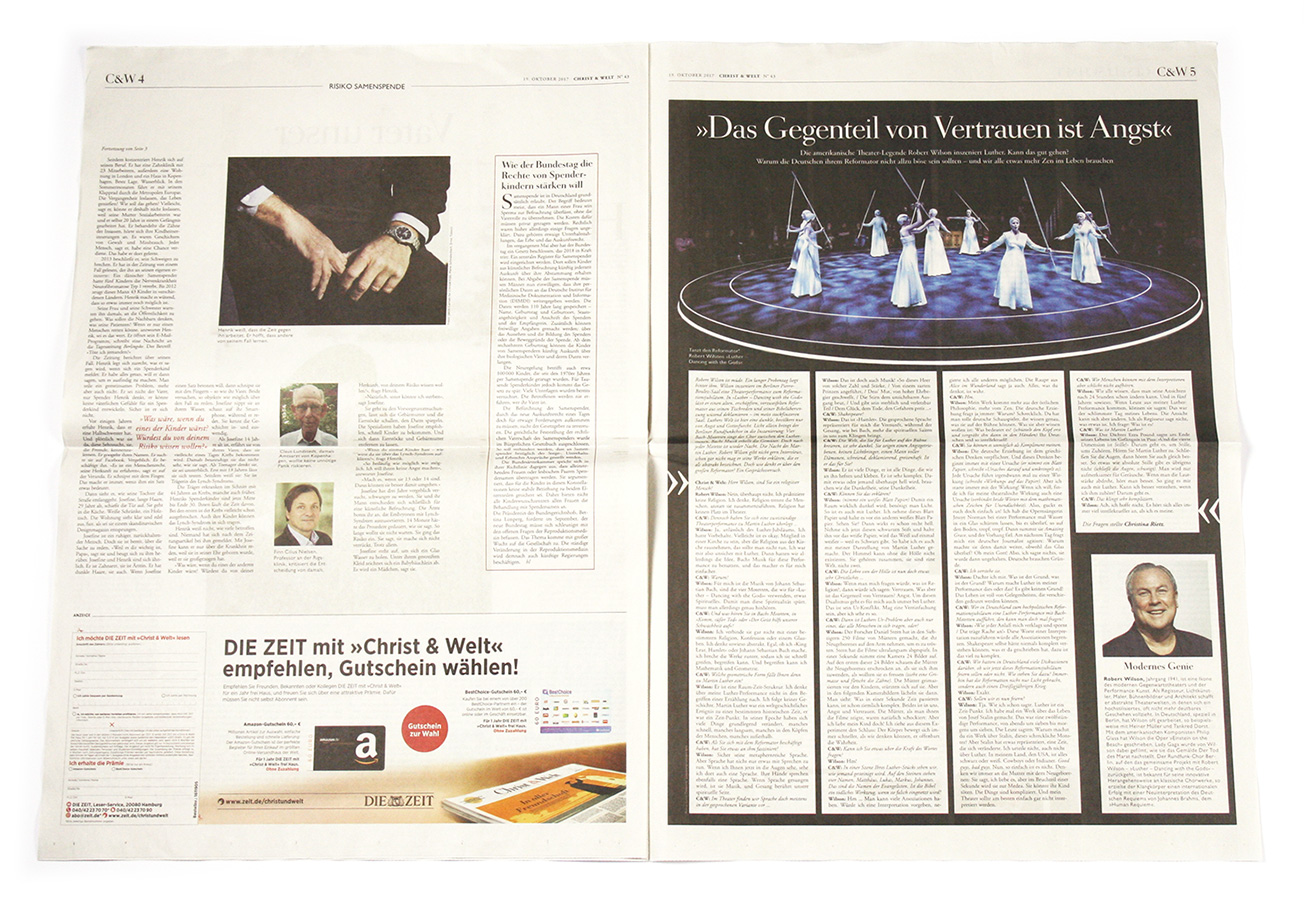 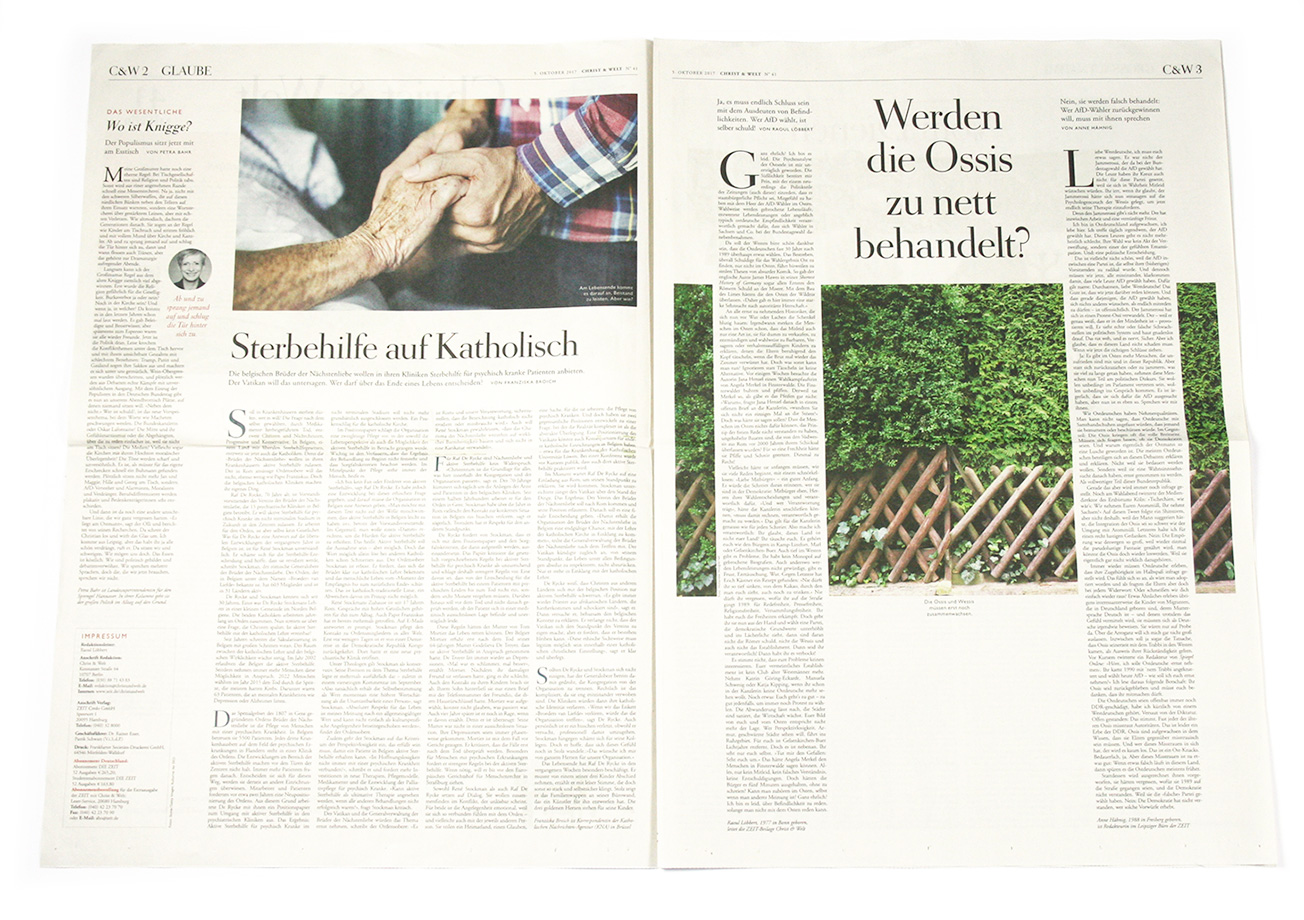 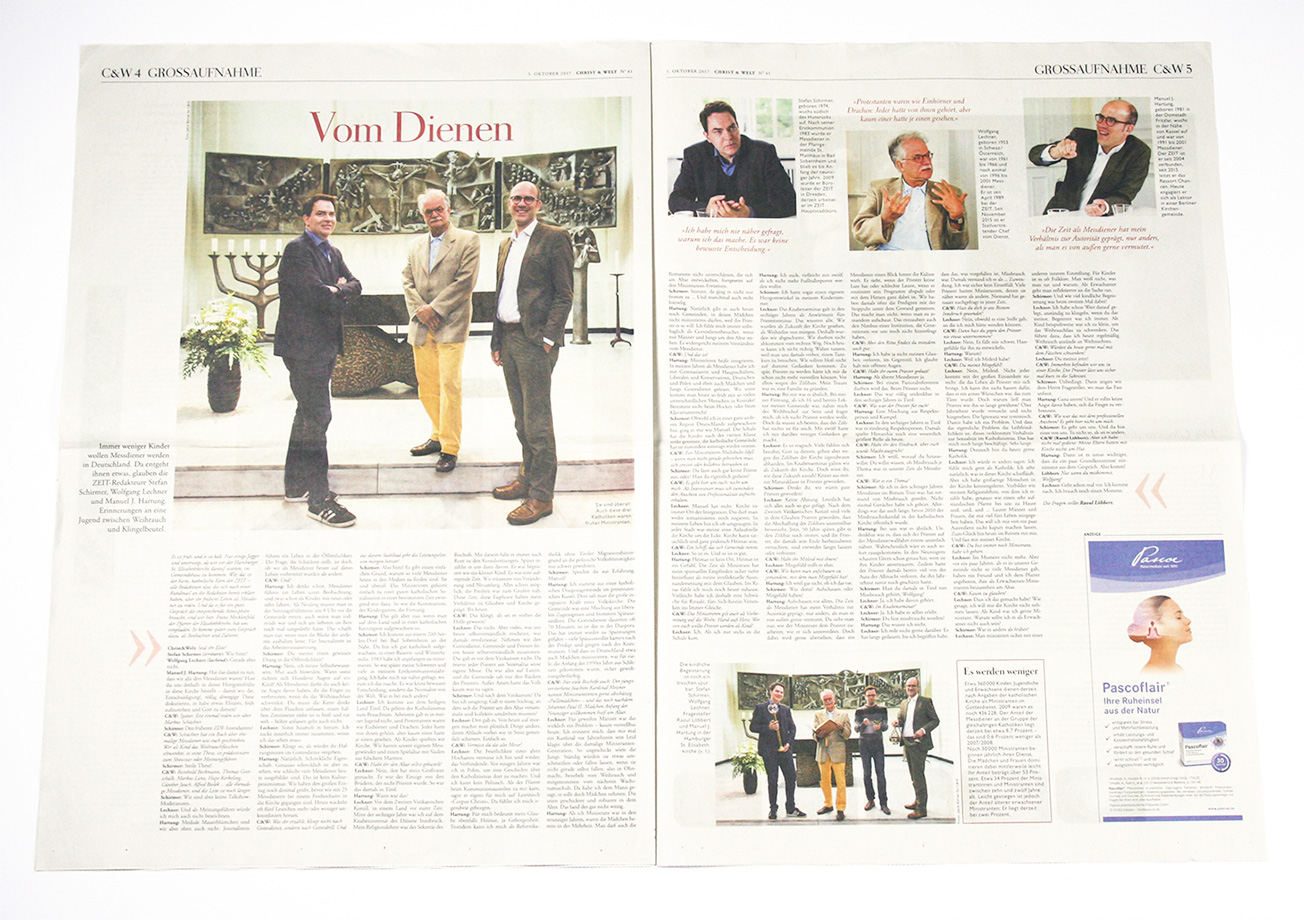 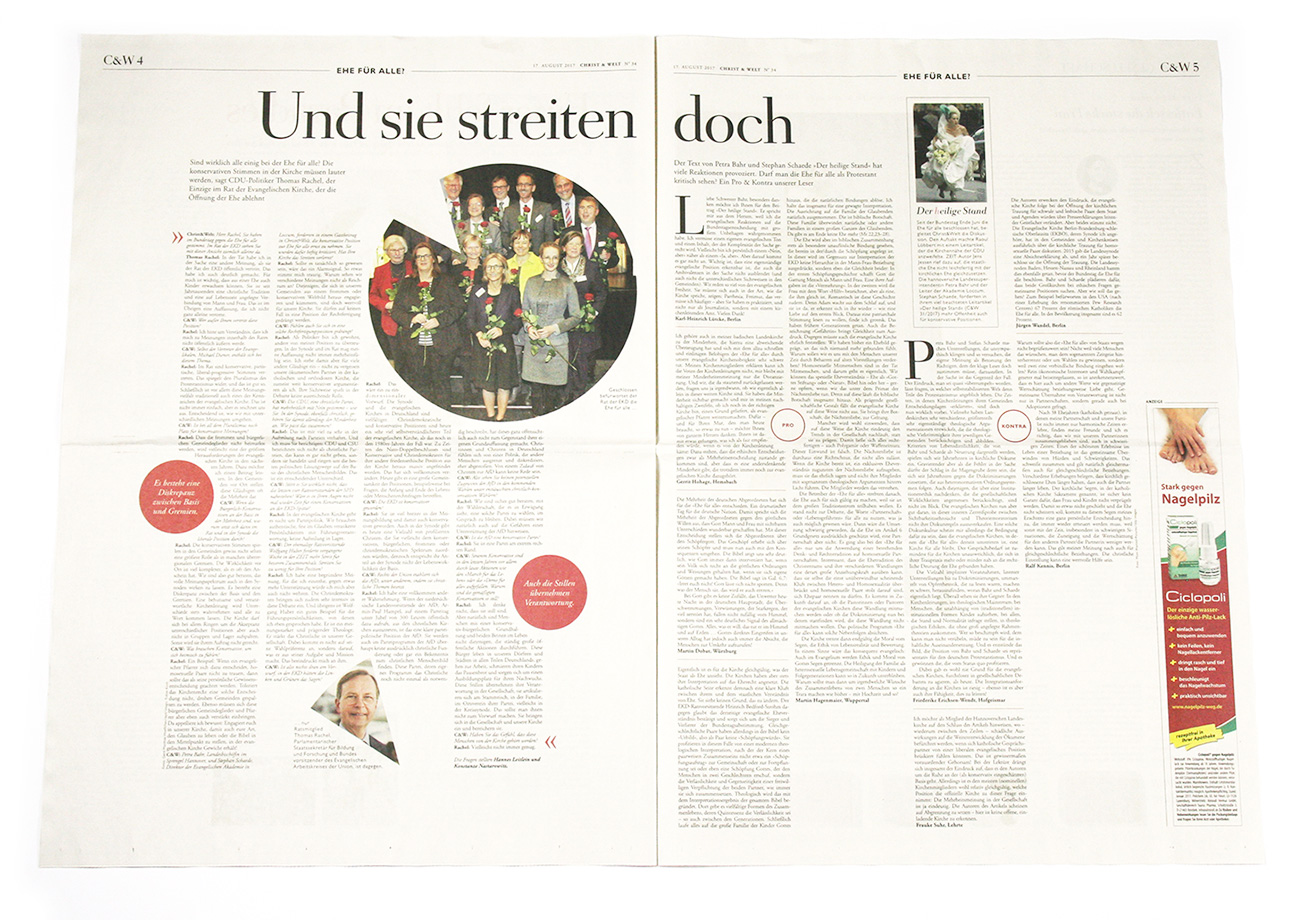 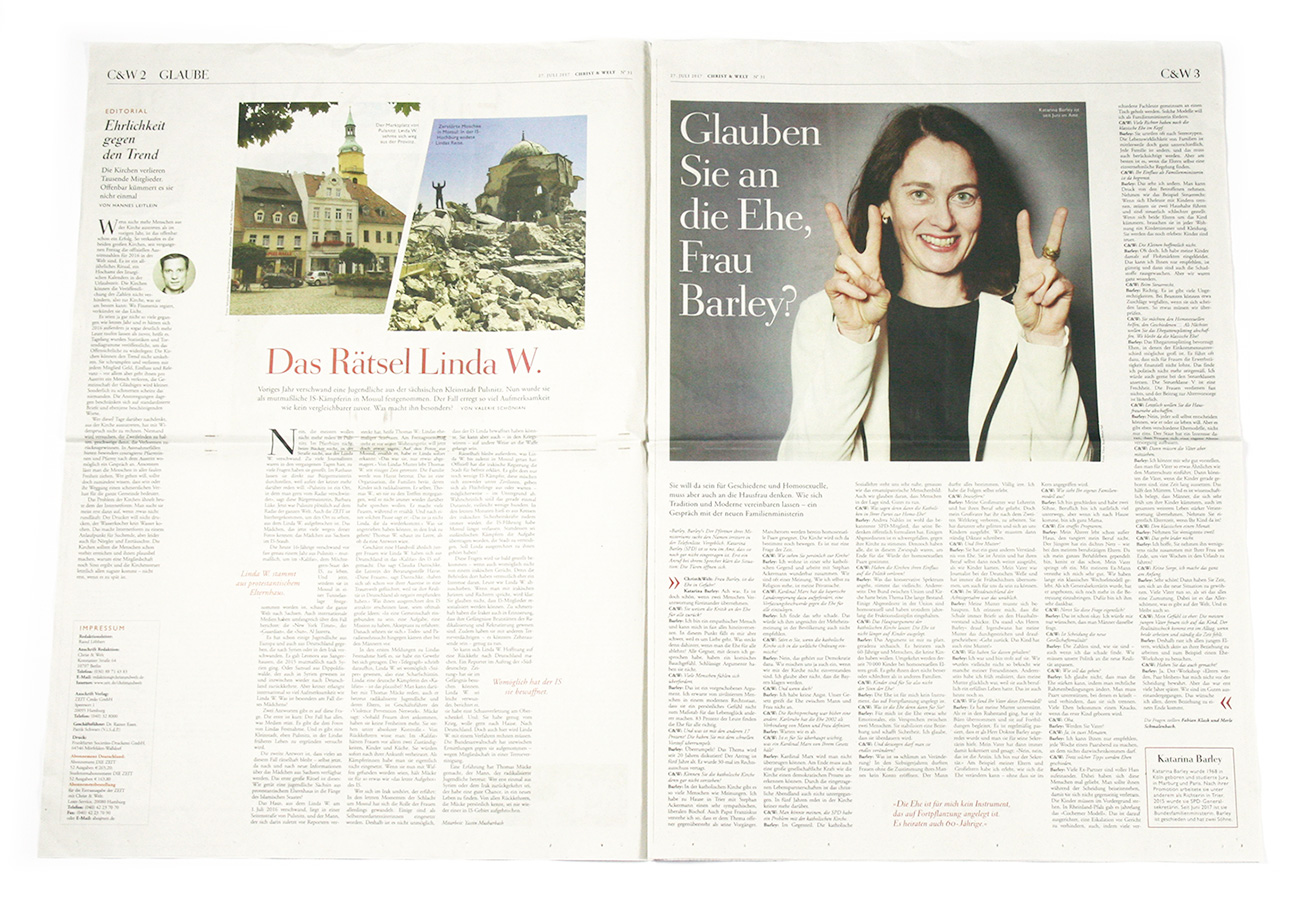 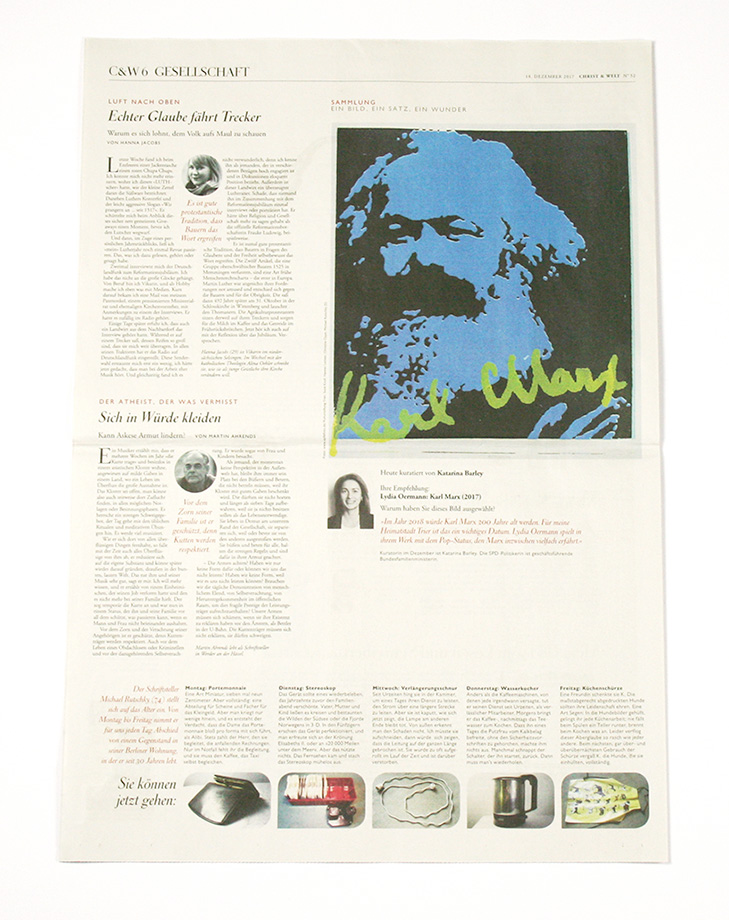 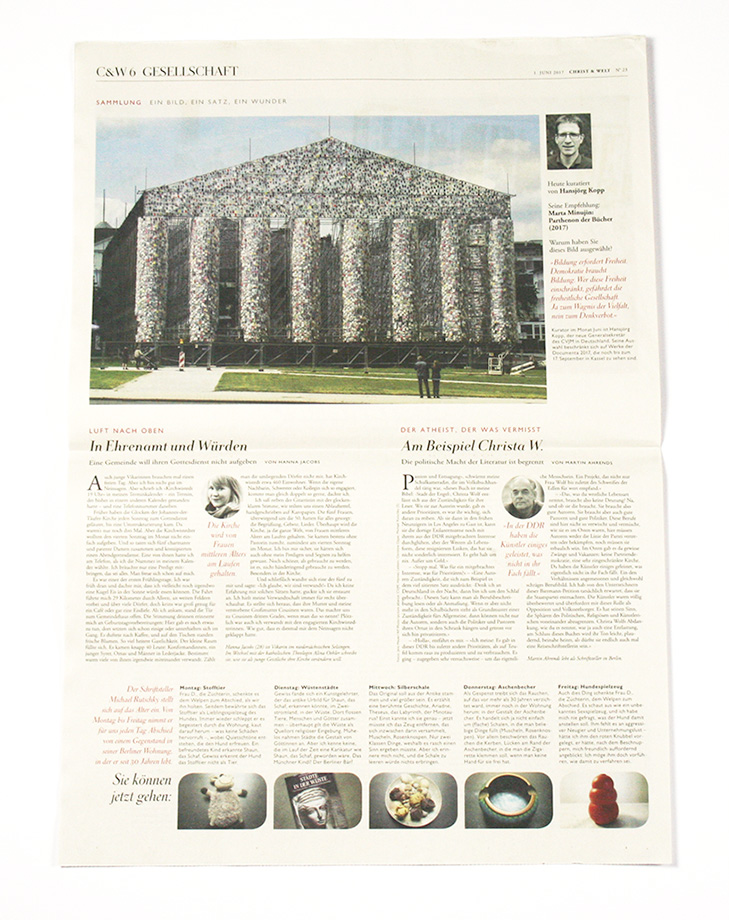 Editorialdesign for DIE ZEIT – Christ & Welt where I worked as designer at the newspaper for almost three years.

In September 2016 managing director Raoul Löbbert took me as third layout artist on board of Christ & Welt. This six pages about belief, mind and society are for specific subscribers, included in the weekly newspaper DIE ZEIT since 2010. The (nordic) format (400 × 570 mm) and most of the design standards correspond with the main paper. It’s freer as far as the layout is concerned. It is produced in Berlin-Charlottenburg. Thereby the editor-in-chief Giovanni di Lorenzo grants approval. He is based in the head office Hamburg.
In 2019 DIE ZEIT offered me a permanent contract for 2 x 2 days a month, but I left to conquer new frontiers.

While I worked as designer at the newspaper DIE ZEIT, I developed also a branding for Cellesche Zeitung.