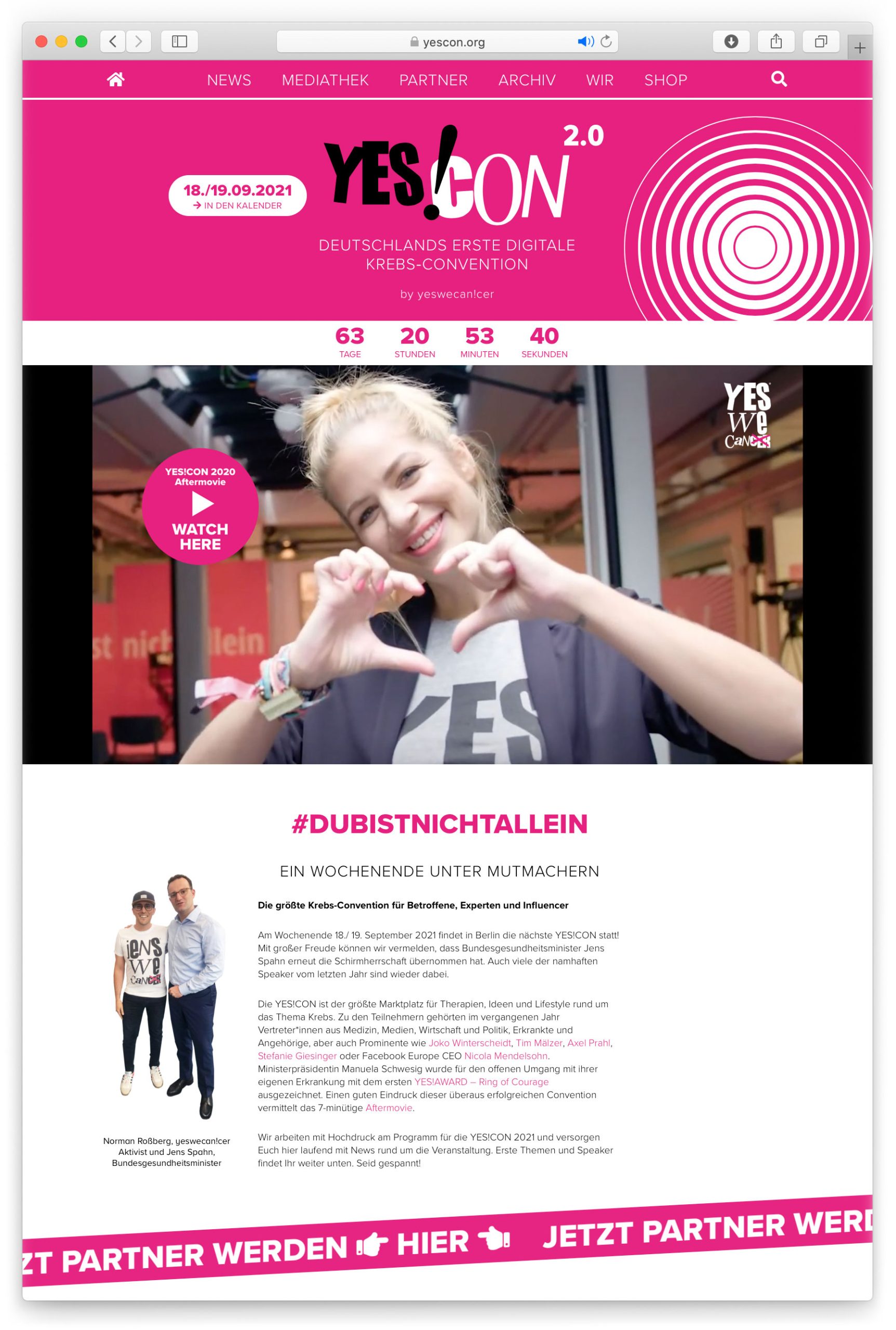 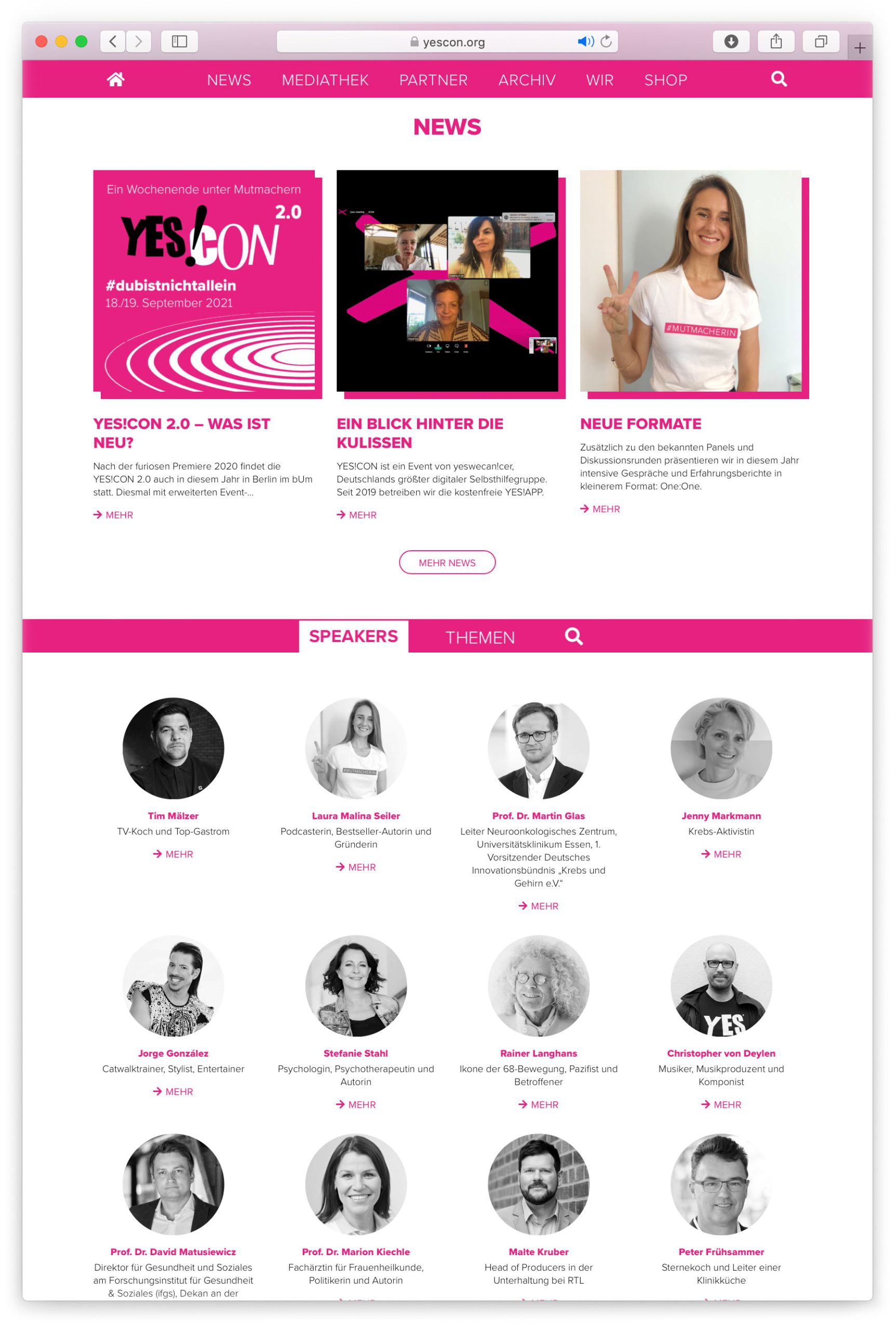 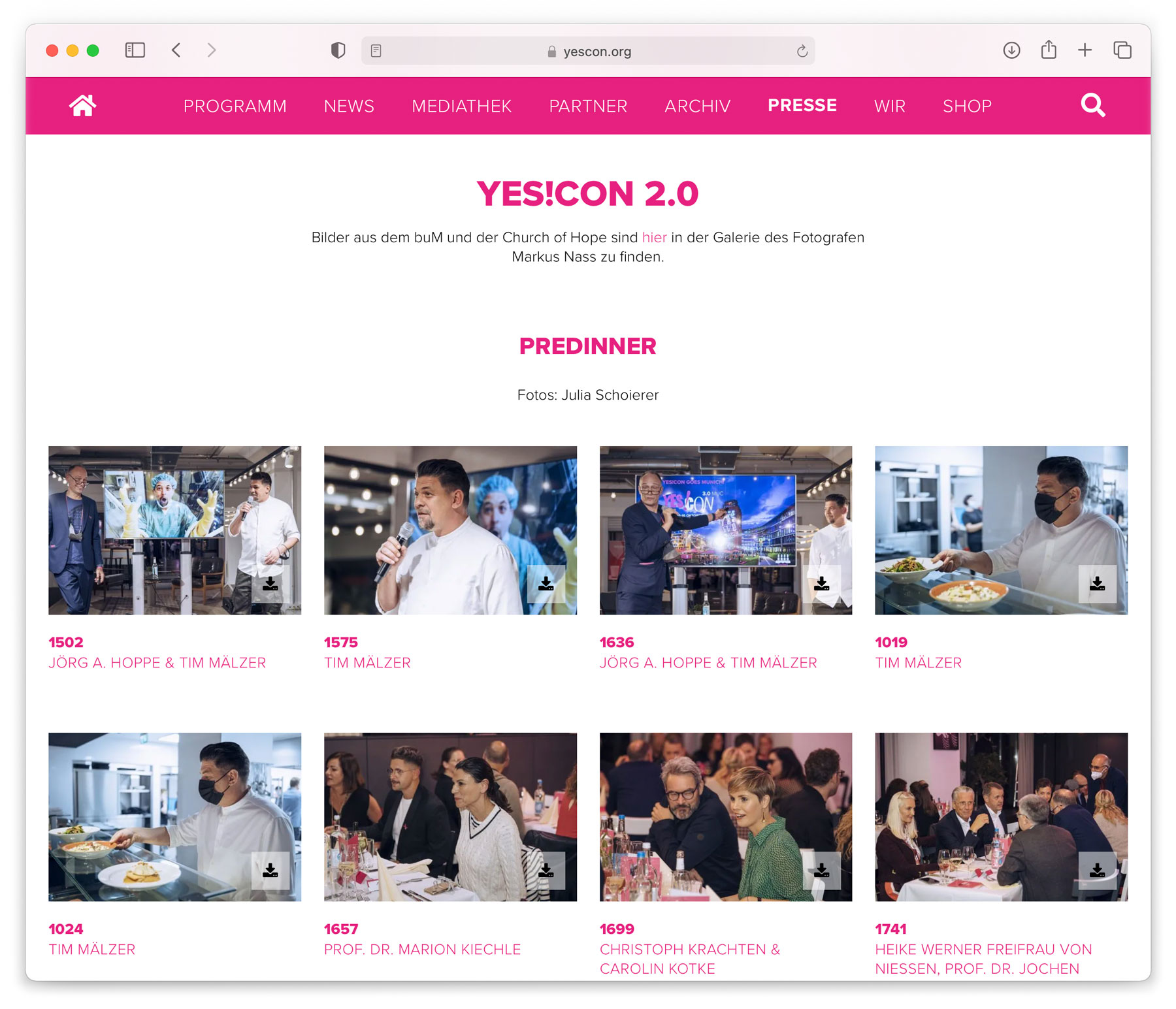 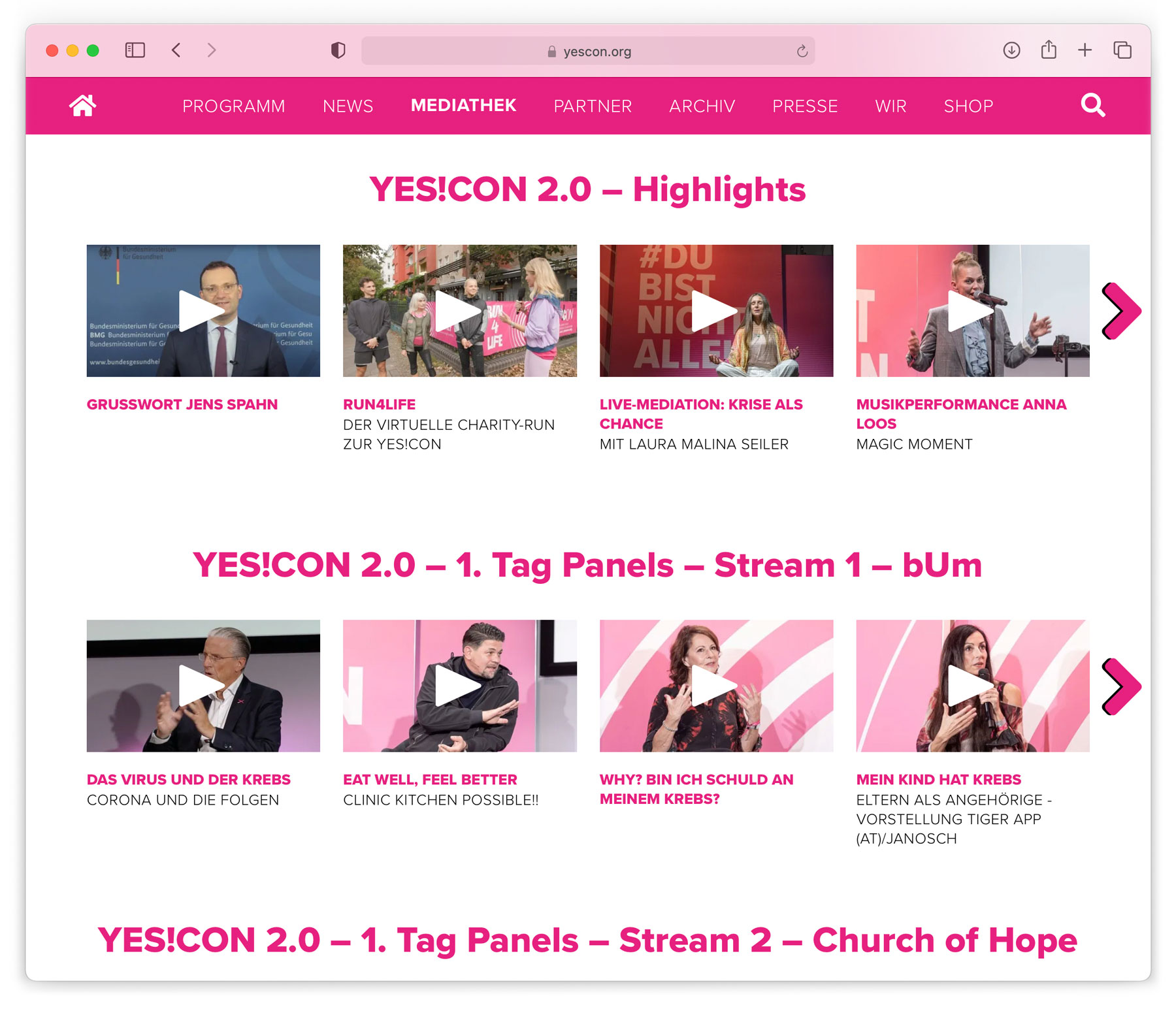 Before I did the design, we in a small team of yeswecan!cer planned the website for the yearly event YES!CON – yescon.org – together with the agency bleech.

The concept consists of three phases: before, live and after/before the event.

A part of the structure followed the one of the previous website that I had already enhanced. A part of the components for the new development are taken of the platform Glow and new are added. It’s based visually on the basic elements (color pink, font Proxima Nova) of yeswecan!cer that I redefined in the manual. Before programming or putting up the website in WordPress I designed each site in Adobe XD. Then I also put in the content (except the one of the partners) in the backend; before the event the speaker/ programm), bit by bit the news, then new images on press site and videos in media library.

The event was streamed live (from bUm in Berlin) on the homepage, as well as on partner pages (incl. FUNKE Mediengruppe, Pro 7, RTLZWEI).  Altogether about 200.000 people were watching on 18+19th of September 2021.

The announcements of approx. 130 speakers, panel topics and workshops that I designed as well were in the social media channels of yeswecan!cer (Instagram, Facebook, LinkedIn). I developed graphics with quotes of speakers (some had already been there the year before) that we placed inbetween and got many likes.

The agency Raufeld (FUNKE) created the YES!CON Magazin, whereby I provided the pictures, corrected also pages and was in regular contact with the Creative Director Daniel Krüger and the designers. The YES!Mag exists in printed form and is here to see online.

Half a year before yescon.org I designed the website for yeswecan!cer. 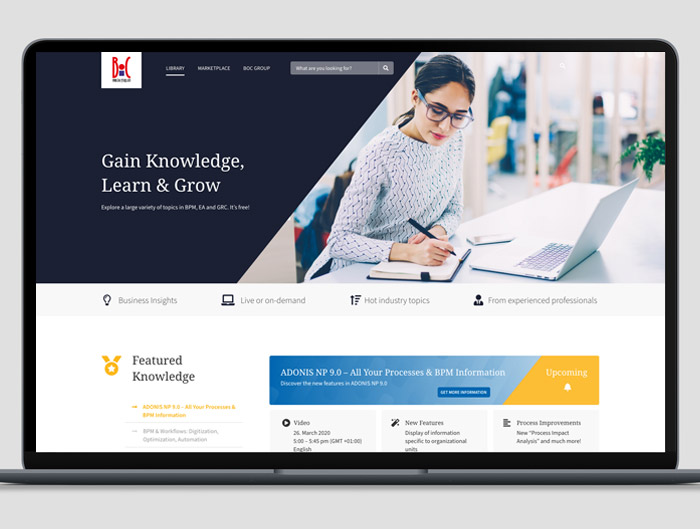 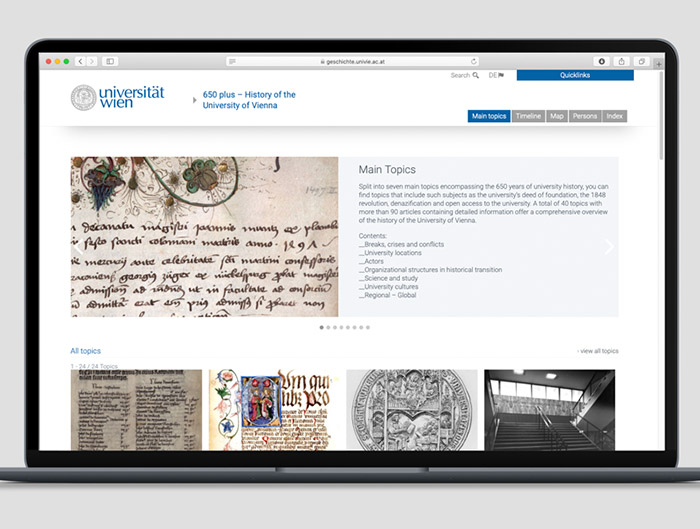 History of University of Vienna